There are many myths surrounding the Kokoda Track. Many of these myths are perpetrated by operators who try to differentiate themselves from the pack.

The following is a short list of myths that we have come across that need to be rectified in both the name of truth and simple fairness.

There has been a considerable debate about whether the difficult path that crosses the Owen Stanley Range should be called the "Kokoda Trail" or the "Kokoda Track". Both "Trail" and "Track" have been in common use since the war. "Trail" is probably of American origin but has been used in many Australian history books and was adopted by the Australian Army as an official "Battle Honour".

"Track" is from the language of the Australian bush. It is commonly used by veterans, and is used in the volumes of Australia's official history. Both terms are correct, but "Trail" appears to be used more widely. No Roads Expeditions tends to use "Kokoda Track".

This quote appears in the Australian War Memorial document “The track” A historical desktop study of the Kokoda Track 2009, commissioned by the Federal Government.

​Most of what they walk, from Owers’ Corner to Kokoda station, is still along wartime tracks. There are some variations and deviations, but the route of the present-day track or tracks can still be considered “authentic”. 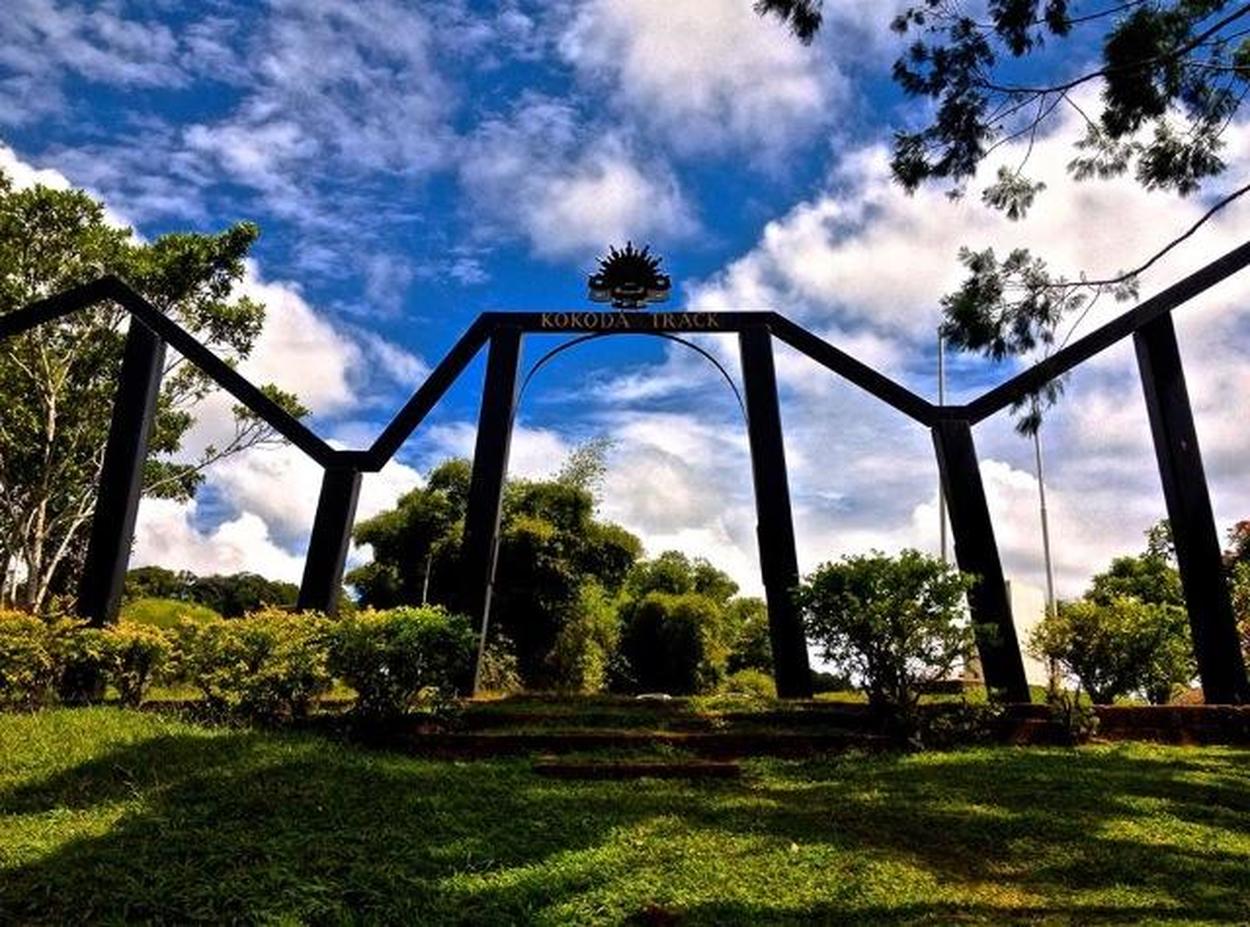 Wartime Track vs the so called "Tourist Track"

There has been for some time a belief that there is a War Time Track and a Tourist Track. This is simply not true! During the Kokoda Campaign, the mountain theatre ran from Kokoda Village to Owers' Corner. Battles and troop movement ran along many Tracks and Trails between these points but all followed a similar route.

There are three sections of the Kokoda Track that diverge off what could be called the Main Track.

The first is a track that runs from Missima to Abuari and then to Eora Creek. This was the Track the Japanese used to try and outflank Australians during the Battle of Isurava. Groups using this track miss out on the section running from Isurava to Alola, a section of the Track that most Australians used during the war.

The second Track diversion is over Mt Bellamy. One Track leads to Myola where the Biscuit Bombers dropped supplies and another leads directly from Propeller Junction to Kagi via the Kagi Gap. Again you can do one or the other. If you trek to Myola then onto Naduri and then Efogi you are skipping a huge section of the War Time Track and using trails that were hardly used during the campaign.

The third diversion is from Kagi to Mission Ridge. This is the true War Time Track but is hardly used as there is a land dispute between villages. No Roads Expeditions has done this section several times but we cannot guarantee use of this trail due to the dispute. Most operators miss this section completely and walk from Naduri or Kagi to Brigade Hill via Efogi.

There are many other small diversions and trails that were used during the campaign that are not used today because their significance is of little interest or the track has been lost. Examples of these include the second crossing of Ofi Creek, the trail that runs from Lemagi to Templeton's 2 and the 2/27th trail from Brigade Hill back to Nigabiafa.

It is interesting to note that the operators that say they are doing the true "War Time" Track are often bumped into along the Track by operators that are accused of doing the "Tourist" Track. It is absurd to say that the supposed "Tourist" Track is easier and not the true Track. It diminishes the effort Australian trekkers make to walk the Track and undermines the sacrifices made by Australian soldiers that fought along the Track.

Were the Japanese Planning to Invade Australia?

This question is a little controversial however it can be answered. There are no Imperial records that show that the Japanese had any intention of invading Australia. The records show plans for Pearl Harbour and the sweeping advance through SE Asia, but no reference to Australia. From this perspective we can say that the Japanese had no intention of invading Australia and as such Australia was never threatened.

However, battle plans change rapidly. And it is here that we can postulate a few questions. What if the Japanese advance through PNG was unchecked and they took Port Moresby quickly? Would the Solomon Islands be as significant if they had then moved onto Nth Queensland and occupied Allied forces there? Would the Allies have concentrated forces on Guadalcanal and the northern coast of PNG if Australia was occupied by Japanese forces? Would the Japanese have simply stopped in Port Moresby if they were unchecked because they had simply not planned to invade Australia? They would also have closed Torres Strait and the Timor Sea to allied naval and merchant shipping.

It seems likely that if the Japanese advance was not checked by Australian Forces the Japanese would have taken the advantage to the shores of Australia. This would have kept the Allies busy and in many respects out of the Pacific.

Are all Tour Operators the Same?

The answer to this question is a resounding No!
​
An impressive website does not necessarily mean an impressive operation. Of more importance is whether the porters are being well paid and fed, the equipment is suitable for the Track, the guides are insured in Australia and are knowledgeable about safety, first aid and the history of the Track, and the company is a Licensed Travel Agent and so on.

Do you always get what you paid for in PNG?

We do not want to scare you, but you do not always get what you pay for in PNG.
​
No Roads Expeditions is a professional adventure operator that fulfils all of the above criteria. We have been operating expeditions along the Kokoda Track since 2003 and we also run trips in Indonesia, Europe, the United States, Nepal, Kilimanjaro and beyond. We pay our guides above the going rate and have undertaken a number of initiatives to ensure the well-being of the guides and their community – some of which you may wish to be involved in.

We have noticed that some operators try to differentiate themselves from others by stating that their leaders have a military background and as such are better served to take you across the Track than eco-adventure operators.

Just because one operator emphasises the treatment of the environment as a core concern does not mean they don't understand or can't convey military history. Likewise, those companies that purport to be military experts can also look after the environment and all your needs.
​
Kokoda Expeditions with No Roads