​There are many ways to celebrate a 40th Birthday, go to the local pub, out to dinner with friends and family or even a trip to Bali! But these things were not for one adventurous traveler, his idea of a Birthday to remember is trekking the famous Kokoda trail with 2 close mates, and that is exactly what they did.

Meeting the group at Jacksons Airport Port Moresby, I uttered some infamous words “I just got off the track and it's really dry and in great shape”! The following day we set off to Kokoda, via poppendetta and the obligatory PMV ride. We arrived in Kokoda in bright sunshine as we took in the history of the famous plateau, spent some time in the museum then off to meet our PNG guide team. A light lunch and we were standing under the Kokoda arches about to start or trek to celebrate Rohan's 40th birthday with 2 of his good mates.

Soon enough the group reached Kovello, then that first drop of rain, Gai our lead guide suggested it was probably time to put rain covers on our packs and within minutes the heavens opened up and my words at the airport come back to haunt me, I shouldn't have tempted fate! Well that rain continued all the way up to Deniki our first nights camp, as we got into camp it was decided it would be guest houses all around as shirts were wrung out and boots were drained!

Day 2 was a muddy climb in wet clothing as a result of the previous afternoon/ nights rain, however due to the excellent preparation by the trekkers and this did not slow them down or alter the mood of these keen adventurers. A quick detour up the hill to see the remains of a wartime Japanese plane really painted a picture of the war in the pacific and how close it actually came to Australia. Off to the Isurava memorial site for some history and lunch then through to Alola for our camp. As luck would have it, the rain held off until we were coming into the village but yet again the afternoon bought rain!

The trek to Templetons was wet and muddy with the previous days rain but it was all taken in the stride of these trekkers and before we knew it the third ascent for the day was complete and we were into our camp mid afternoon, once again just before the rain started! 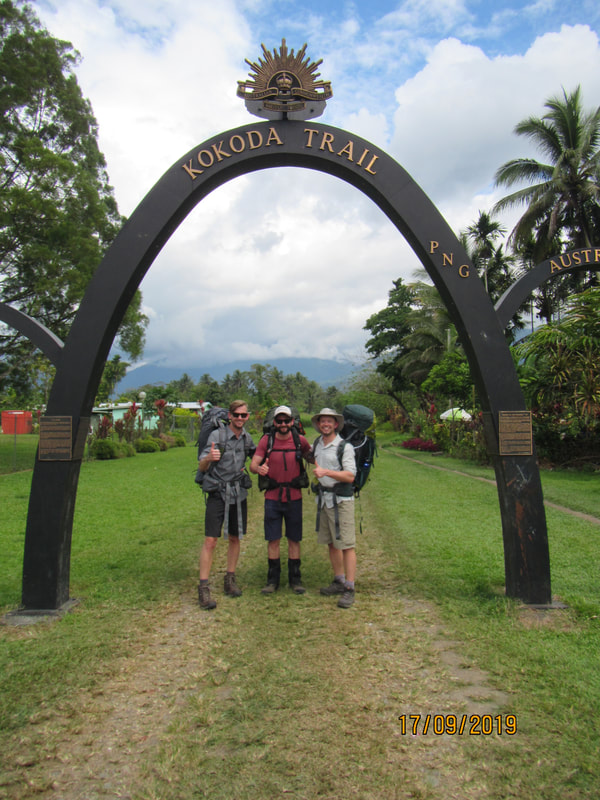 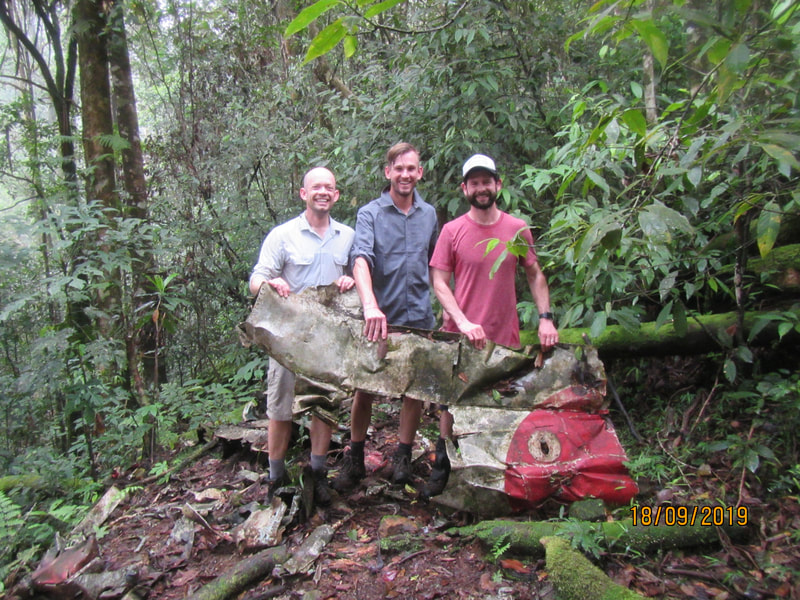 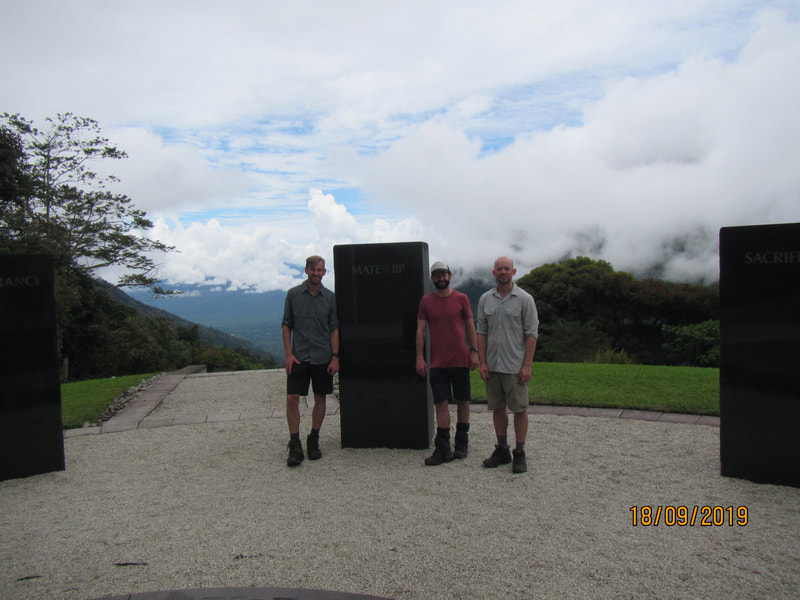 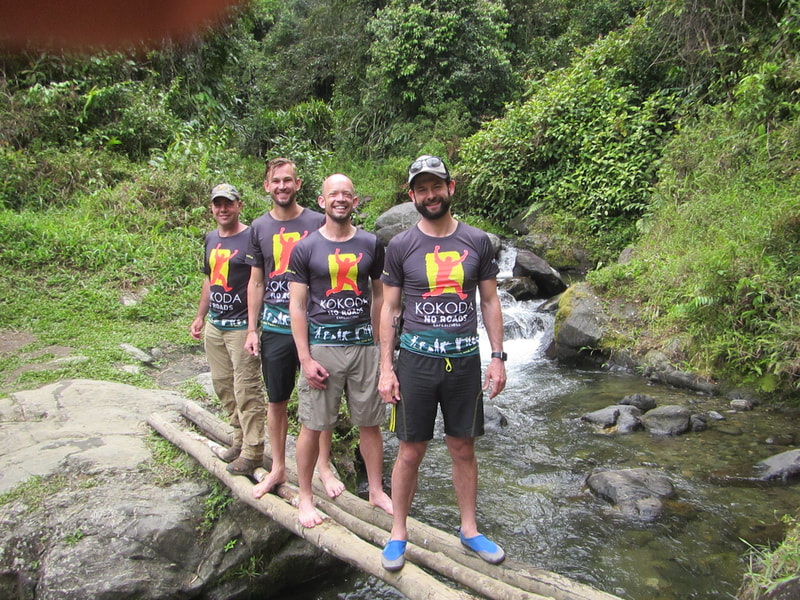 Kagi was our target for day 4 which included the first section of the day being, up over Mt Bellamy our highest point for the trek. This challenge was achieved with ease so the suggestion was made by our local guide that we detour via both Myola 2 as well as 1 ”What a great idea” was the response from these keen trekkers! Even with those few extra Km’s along the ridgeline, the group all got into camp early afternoon, and once again we were walking into camp just as the first few drops of the now expected afternoon rains started! We woke the following morning to the sabbath which meant for the trekkers some time to rest and catch up on some reading as well as swim in a local swimming hole, it was a welcome break from the walking of the previous days.

With books almost completed day 5 took us on to Menari via Brigade Hill  and Mission Ridge, good weather conditions made progress fast over this section of track and into camp with no rain. The next day was on to New Nauro, this involved us going through the swamp. Due to the previous days of rain the swamp was quite wet and muddy, again this was all part of the challenge for this group and was quickly overcome! The ascent up the first half of the Maguli range into New Nauro was completed quite early and at the suggestion of our local guide we decided to camp that night at Ofi Creek. We reached Ofi creek by mid afternoon and the cool clear waters of the creek , just meters below our campsite was very welcoming for everyone.

With our good progress to Ofi Creek it was decided that Good Water would be our next campsite that meant both Ioribaiwa and Imita ridge in one day, could be challenging but the whole team was up for it! After a short sharp climb out of camp we were at the top of Ioribaiwa and looking into some real history with the remains of both Australian and Japanese defensive positions. Down for a nice walk through the creeks, with some amazing views and the cool water on our legs before our second last ascent for the entire trek, up over the famed Imita Ridge.
​
Our final day had a late start with a bit of a sleep in for all the team, before the gentle walk to the Goldie river. With all the rain over the past week it was up higher than normal but not to levels that would slow this group down. Once on the other side of the Goldie, as we were already wet,  it was swim time for everyone and only one climb left. An hour later we were walking through the arches to celebrate our achievement. 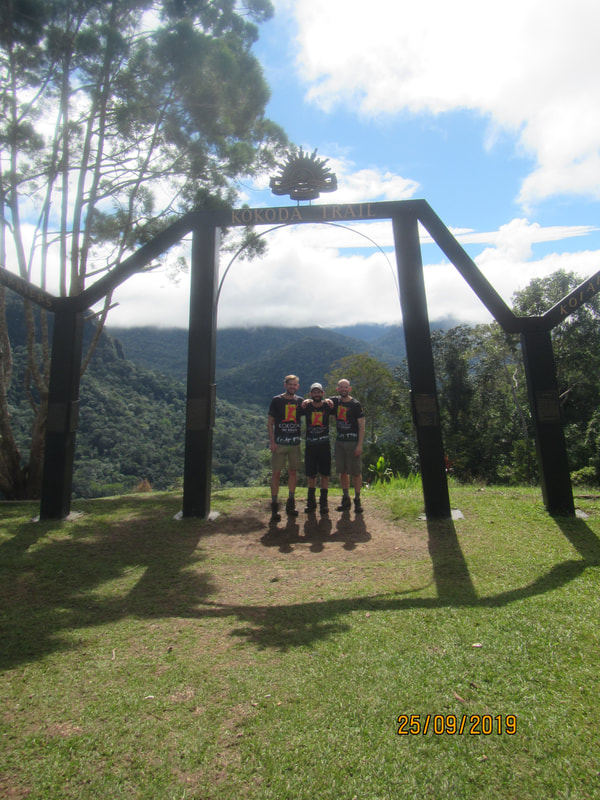 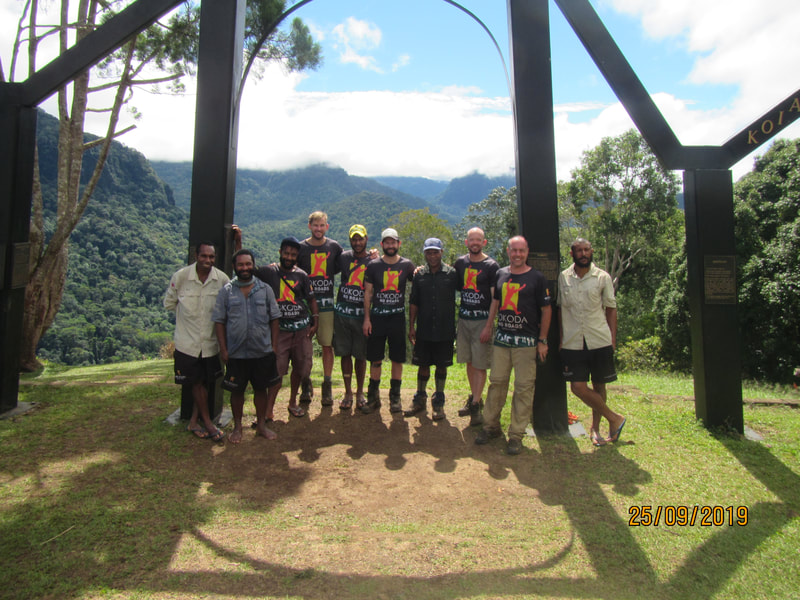