​​“We think of them with sorrow and with pride but there should be a third feeling stronger than grief, greater than pride. A sense of fullness and of achievement. To us, their lives may seem to have been severely shortened, yet in truth they were full lives. It is not how many years a man lives that matters but what he does with the years-many or few-that are granted to him. And those who sleep here did much with theirs”.
Lt Col Phil Roden, OC 2/14th Battalion AIF
​
Being an Australian Guide across the Kokoda Track is a privilege, an honour. Having flown in to PNG on 14 Apr 19, I was joined the next day by eleven clients; some filled with nerves, others uncertainty as to what to expect, all eleven excited to embrace the adventure that was about to take place. For all of us, arrival in country was the culmination of many months of hard training, gear analysis, packing and re-packing. Finally, the day had arrived! Kokoda! 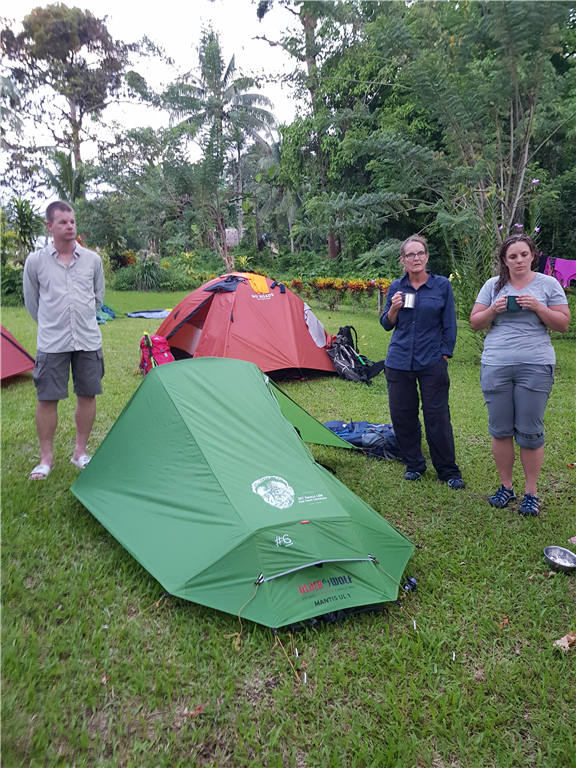 Pre-Trek briefing
After early morning flights from Adelaide, Melbourne and Sydney, our intrepid trekkers Sally, Rob, Steph, Lauren, Susan, Deb, Chris, Dean, Dale, Jorgen and Adrian gathered in the Holiday Inn Boardroom for our briefing. A collection of friendship groups, plus a mother/daughter combination. A few days later, deep in the hot and humid jungle, we would look back and laugh at the comment that the overly efficient air con had frozen us throughout the briefing! Some a/c in the tent at night would have been nice……
​
On the Track
After a 0400 wake up and final gulp of air con, we were off to the airport for the short flight to Popondetta, followed by a PMV ride to Kokoda, lunch and meeting our PNG Guides, before the first call of ‘packs on’.