​“We think of them with sorrow and with pride but there should be a third feeling stronger than grief, greater than pride. A sense of fullness and of achievement. To us, their lives may seem to have been severely shortened, yet in truth they were full lives. It is not how many years a man lives that matters but what he does with the years-many or few-that are granted to him. And those who sleep here did much with theirs”.
Lt Col Phil Roden, OC 2/14th Battalion AIF.

Fast Kokoda
I had always said that I would NEVER do a fast Kokoda, because a standard trek is difficult enough, and yet here I was back in vibrant Moresby again, a mere three weeks after completing an Anzac trek, preparing to welcome eleven crazy clients undertaking a Kokoda trek in 5.5 days! I was nervous, the porters were nervous, the clients were nervous, EVERYONE was nervous.

Day 1 - Kokoda to Isurava battlefield
Flying into Kokoda was amazing! Skimming over the Owen Stanleys, weaving through The Gap, and approaching the landing strip certainly got the heart thumping. Listening to audio of the Kokoda battle painted a picture of the ferocity of the engagement, as the 39th fought and died to buy precious time for the AIF to push up the track. Meeting the porters is always a pleasure, however it was only after the fact (at the final dinner) that they confessed to being nervous about the group’s ability to complete a Fast Kokoda…..but I guess guts and determination are impossible to assess on flat ground! Pack on, and away…...the first day took me to some dark places in my mind as we climbed out of Deniki! But, the reward was arriving into Isurava battlefield just before dusk, a big 15.6km first day. Isurava is a magical place, and spending the night there was a privilege. I had been blessed with a group who were not afraid to emotionally engage with the Kokoda narrative, so tears were shed by us all. Toasting the 39th with a tot of scotch was a fine way to conclude an epic and moving first day.

Day 2 - Isurava to Templeton’s #1
Only 16.2km on fairly flat ground. A day to appreciate the spectacular scenery, with some mud mixed in, and the odd creek crossing. Perhaps we were driven by the stories of the wounded frantically withdrawing ahead of the Japanese, but to arrive into camp at 1530 was a great effort. The group had plenty of ticker! Eora Creek is a favourite of mine, such a brutally beautiful place. Conn’s Rock….you need to stand there to appreciate it.

Day 3 - Temp #1 to Efogi #1 via Myola and Bombers
I was determined that this Fast Kokoda group get to experience everything that a normal No Roads group experiences, so with the kilometres unknown we set about achieving this goal. Myola is breathtaking, always, whilst Bombers Camp contains a hidden treasure and is a ‘must see’. The climb out of Naduri and into Little Efogi is, well, VERTICAL! I think even our 18 y/o super fit client Jack cursed the hill and broke into a sweat at one stage. But what an experience! Character building at it’s best, and having been stretched to breaking point the realisation that there is nothing in the world that we cannot achieve is a powerful realisation. Arriving into Big Efogi, generous school packs were presented to a grateful school teacher, who promptly returned on dark with all of the students to sing for us. All I could think to say was “you have filled our hearts with your kindness and your love, and you have voices like angels…..this will carry us along the track, as though we are lifted by the wings of angels, to return home to our families to tell them of the wonderful people of Efogi”.

Day 4 - Efogi to Nauro, 18.8km
A long, emotional day, starting with the climb up Mission Ridge and into Brigade Hill. Once again, Pacific Star ribbons were respectfully left with the boys who sacrificed their lives for us, along with a Pacific Star medal. The bagpipes of Amazing Grace still echo through the jungle valleys. The prime of Australian youth, taken too soon, and yet a price willingly given for their mates, and their country. 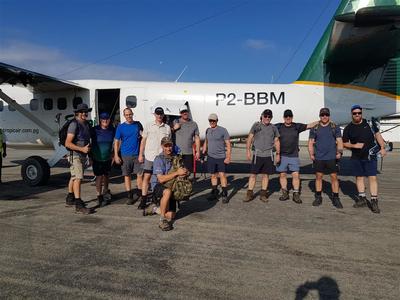 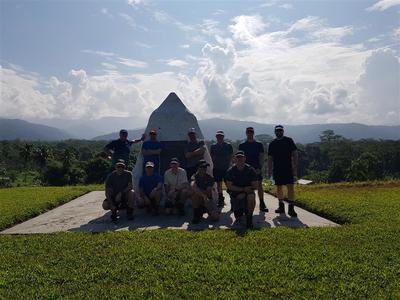 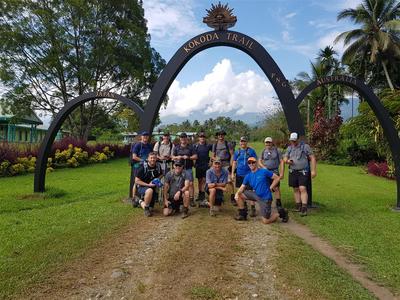 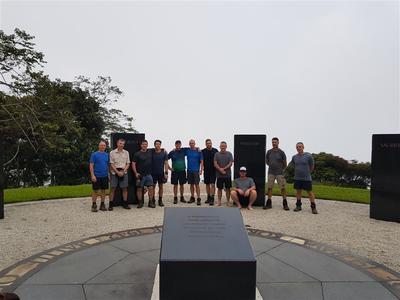 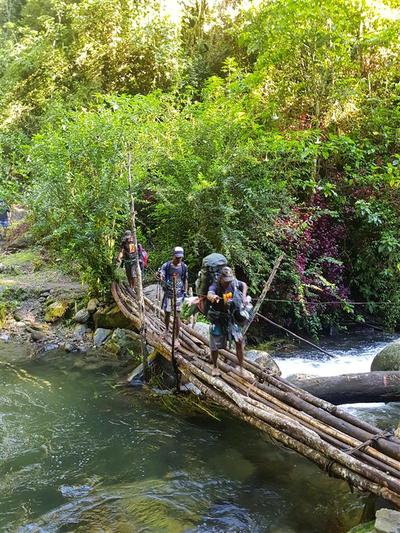 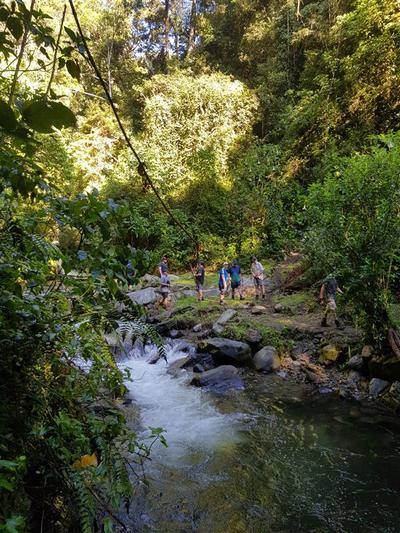 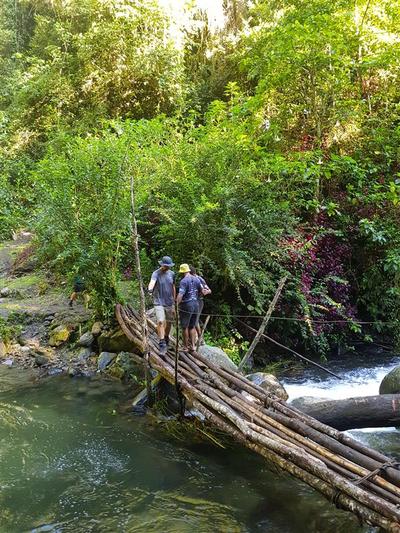 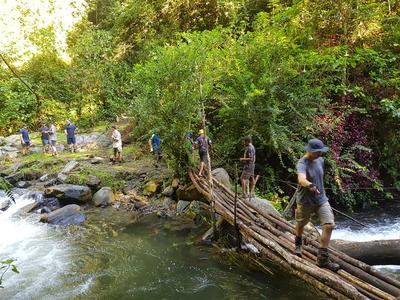 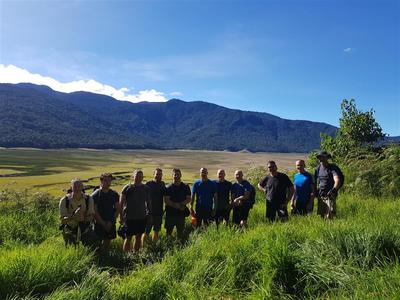 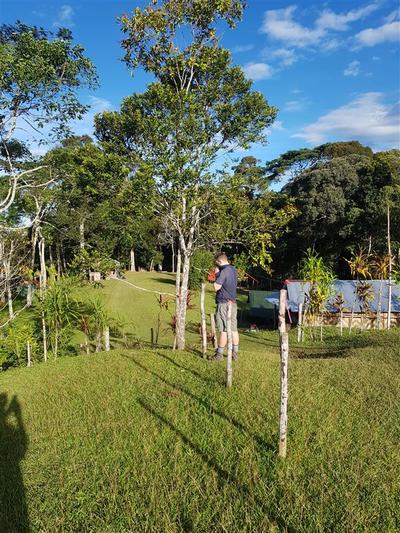 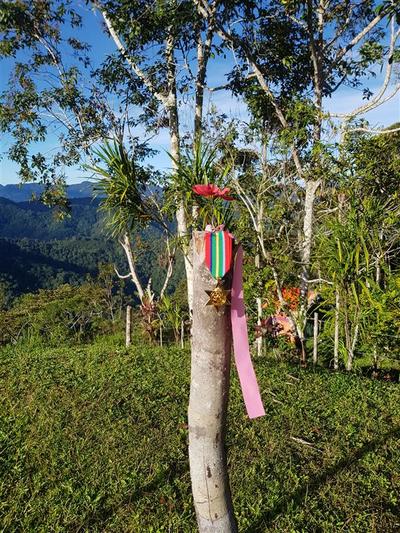 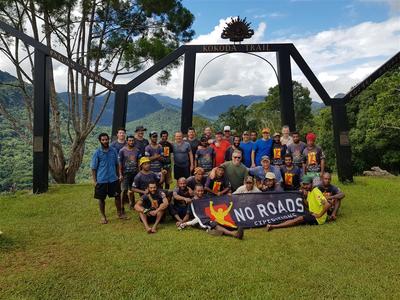 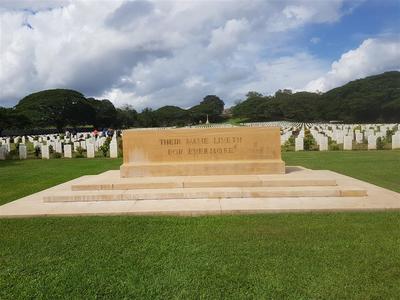 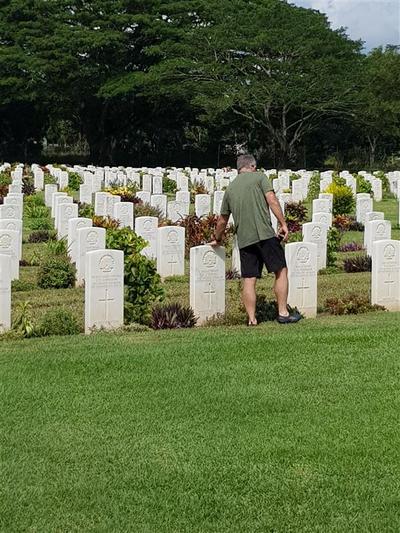 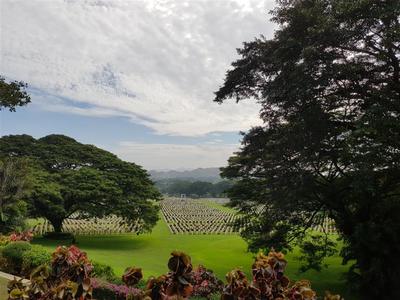 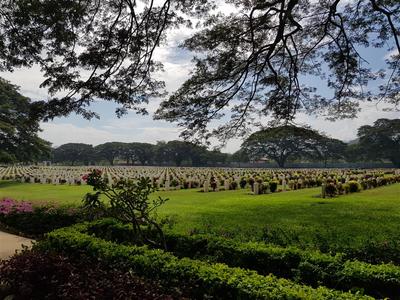 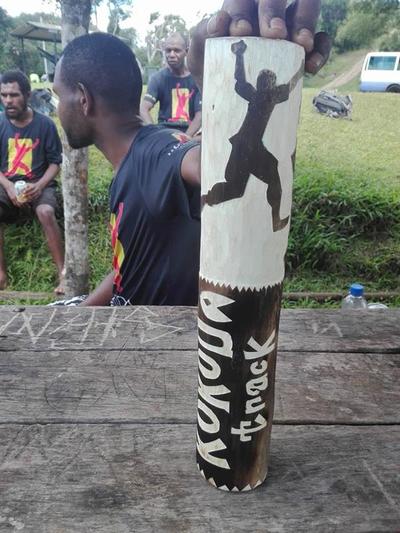 Day 5 - Nauro to Ua Ule Creek, 15.1km
What Fast Kokoda trek? Hard work early, reward for effort, had meant that the final two days would be standard Kokoda days. The swim in the creek a fitting reward...finally water that you can swim in without losing all sensation in your extremities. Mail from home, and a birthday cake. Morale was high, the end so near.

Day 6 - Ua Ule Creek to Owers, 9.4km
I described this day as “easy on the legs, hard on the heart”. The swim in the Goldie is always a highlight, before the final climb, in silence, into Owers. We had a thousand stories of ordinary men who did extraordinary things, and an obligation to return home and share these stories, because those who died along the Kokoda Track did not get to return home to their families. They gave their lives for us.

Bomana and the Porter’s Dinner
Visiting Bomana is a privilege, reflecting on the qualities of Courage, Endurance, Mateship and Sacrifice. We had walking in the footsteps of the brave.
Saying goodbye to the porters is never easy…...I know the clients will have returned home with heavy hearts.

A wonderful group, thanks for the honour of taking you across sacred Australian ground.