​September 2017, was the month that 28 young men from Trinity College Melbourne loaded up their rucks and followed the footsteps of the young Australian diggers 75 years before. 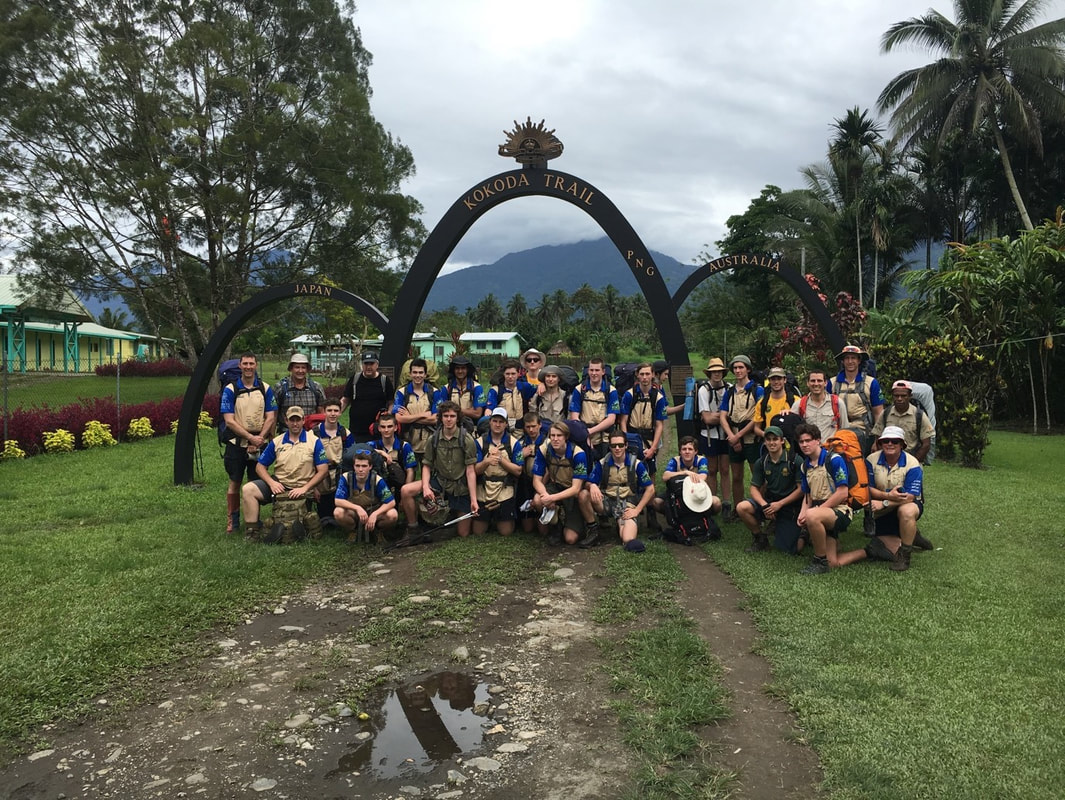 A comfortable flight in the turbine popped aircraft, positioned us over the northern beaches of PNG as the weather conditions were poor. The pilot washed of altitude over the beach and re-entered the Popendetta airspace, landing smoothly on the strip.

After organising the food for 30 trekkers, visiting the military museum and meeting all the porters, we were off and made it to Deniki in good time without issue.

​A service was held at the Isurava Memorial which was led by the Trinity group. It consisted of 3 different readings and the last post which was very moving and caused the boys to reflect.

​The group trekked through Alola, Templeton’s, Kagi and up to Menari without issue, taking every opportunity to swim wherever there was water.

The Sabbath was held at Menari which consisted of a decent sized church service and an attempted frontline sing sing by David Howell and another unsuspecting student. Needless to say it wasn’t the same with the local’s voices.

After lunch the heavens opened up with fury, perhaps because of Daves singing. An opportunity presented itself and some of the Trinity boys introduced the locals to the slippery mud slide – the photo says it all. Landscaping was required afterward – that seemed more entertaining. 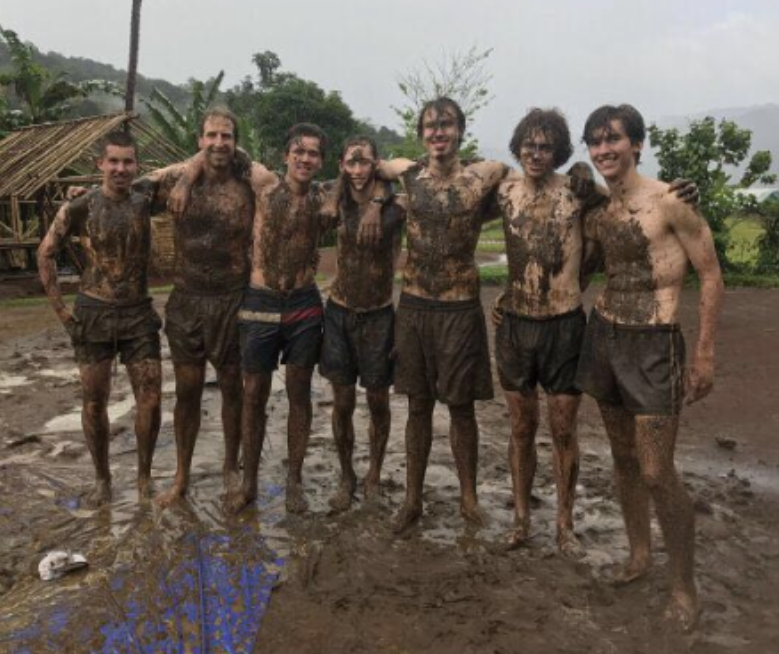 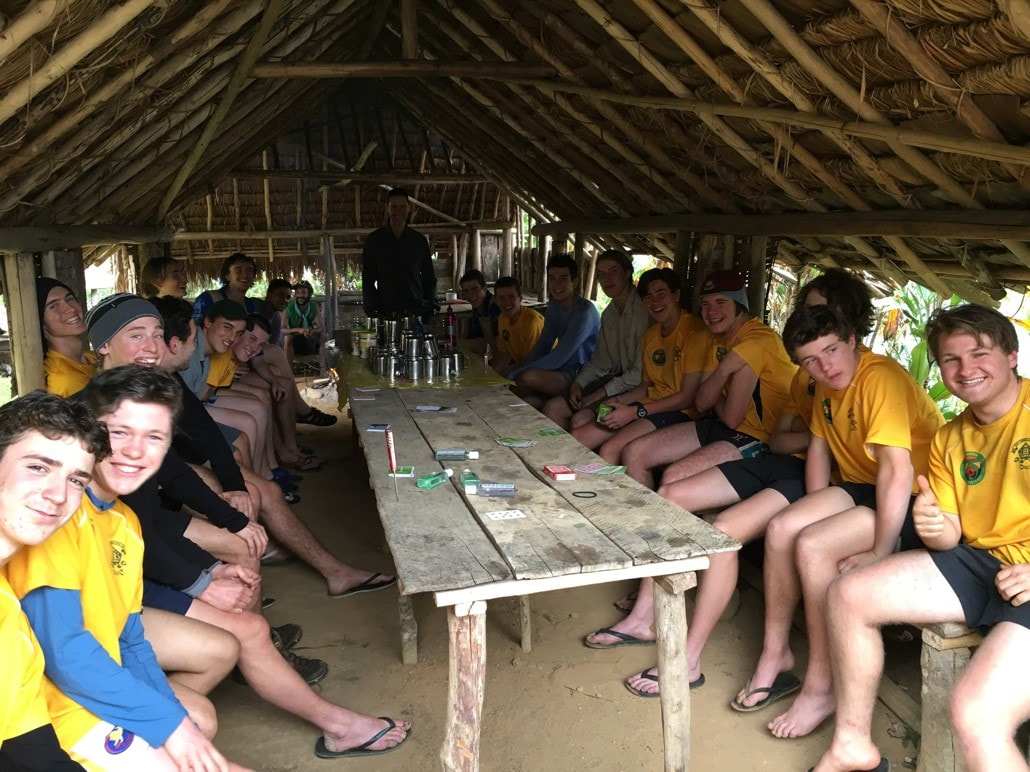 ​With a day and a half to go, Nauro was the evacuation point for one trekker that injured a knee – then the group went on.

​A sense of elation flooded the creek camp. That was short lived as they arrived at the base of Imita Ridge. It remained absent until the group passed through the arches at Owers Corner. Relief and sense of achievement were just some of the many emotions that flooded the group. 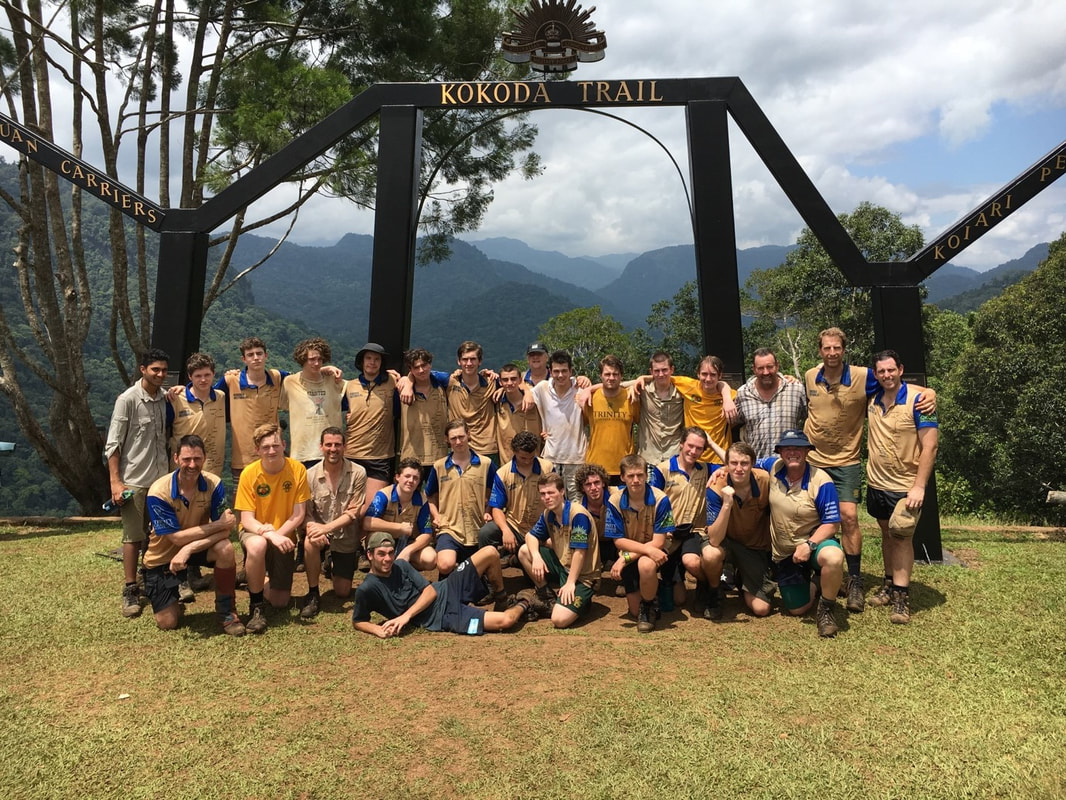 ​The expedition concluded with a Memorial Service Bomana War Cemetery. The group paused and contemplated as they stood before the grave of a soldier of which many of the group had already lived one year longer. He was only 16. 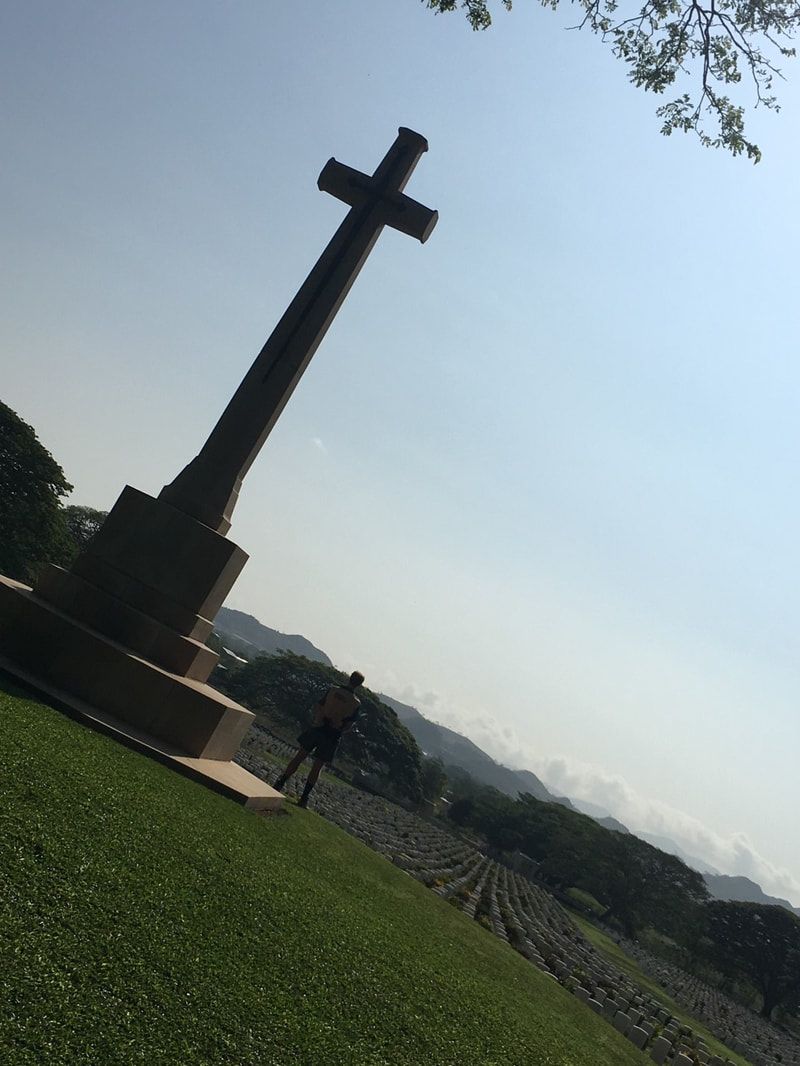