​A group of 3, a rest day, a personal porter and perfect weather! What more could a guide ask for?

Ok so the weather wasn’t quite perfect, at about 2 am while sleeping at Alola (leading into day 3), it started raining. I didn’t stop raining until around 4pm that afternoon. Just the day before we were all jovial talking about how great our waterproof boots were, stomping through mud, happy as Larry with dry feet!

Unfortunately though, every waterproof boot has a fairly fatal design flaw, a giant hole in the top where your foot goes in! No matter what you do, a solid day of rain like we had, the water will trickle down your legs and into your boots.

Fortunately for us, the next night was Templeton’s Crossing, a beautiful camp with a nice big dinning hut complete with fireplace! After a quick (and bone chillingly cold) swim, the boots were laid out like a circle of stones around the fire to dry. Most of them did, thanks to the fantastic porter team who continued to turn them well into the night after we’d gone to bed!

Keen to explore and see all the sights the Kokoda track had to offer, we all decided to make a long day even longer and detour out to see the munitions dump and dry lake beds at Myola. After several days enclosed in the jungle, it’s great to be able to see far and wide.

Arrival into Kagi is as special as ever with a fantastic welcoming. This time, for my first time, we’d be spending 2 nights here to observe the Sabbath.

The following morning, the team decided to experience a bit of the local culture by attending the morning service at the local Seventh Day Adventist Church. My old friend and local guide Guy lead the congregation in a few songs before the pastor started the official proceedings. 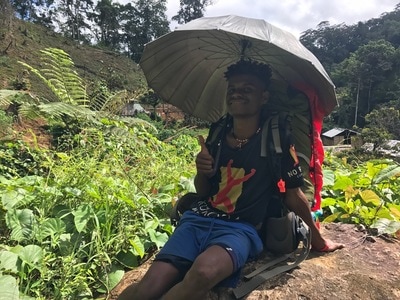 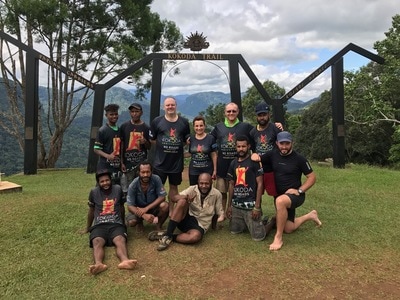 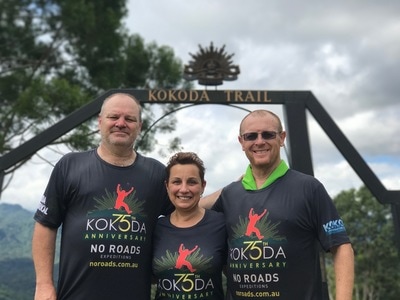 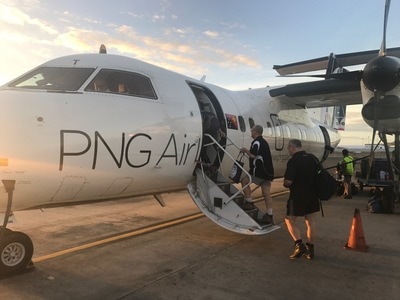 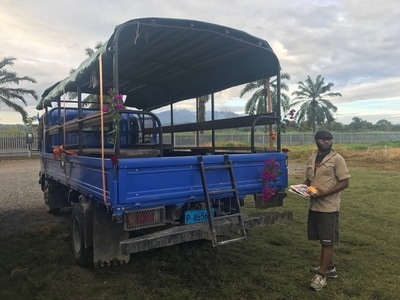 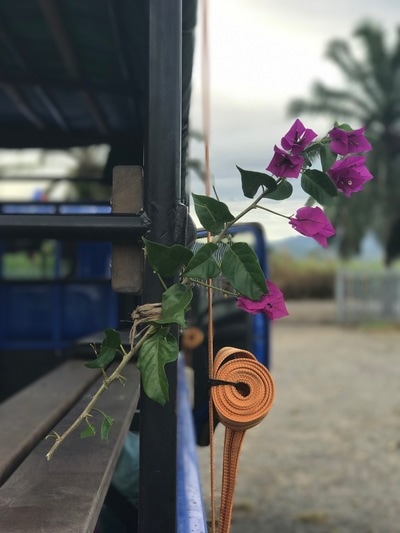 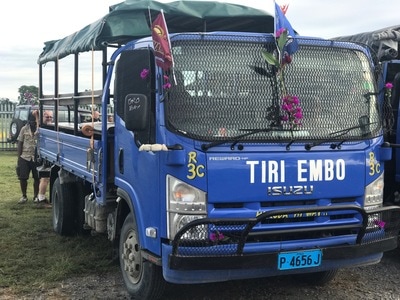 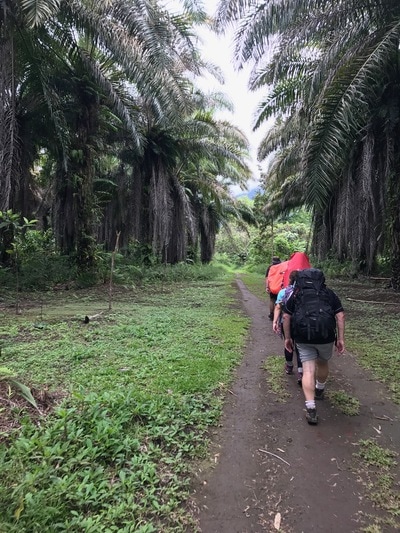 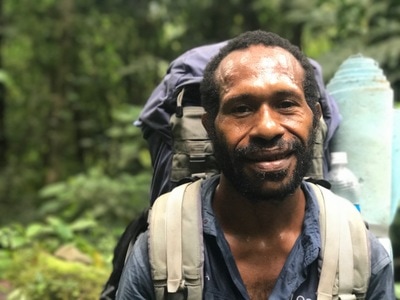 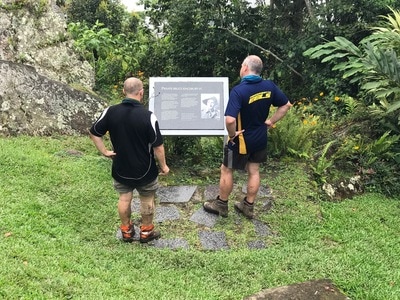 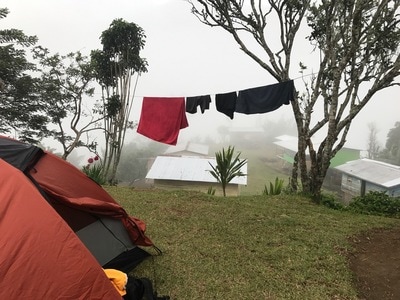 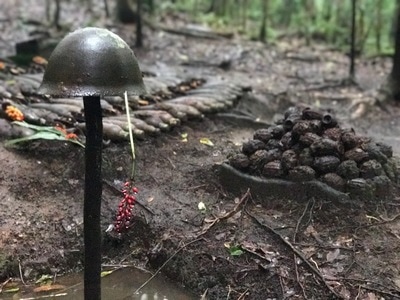 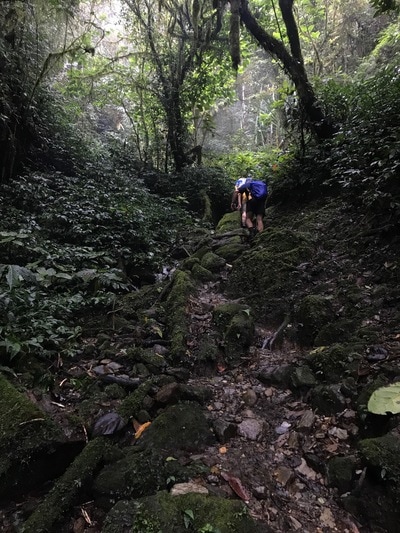 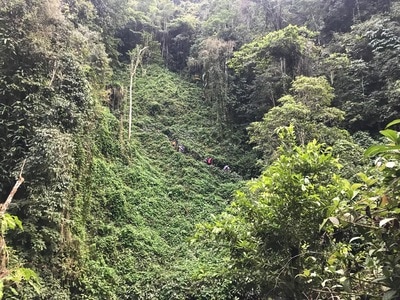 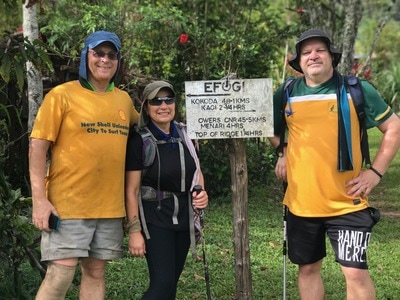 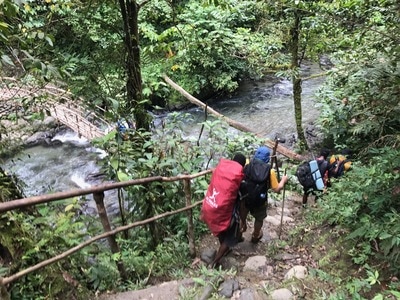 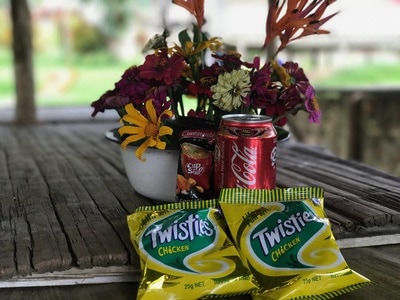 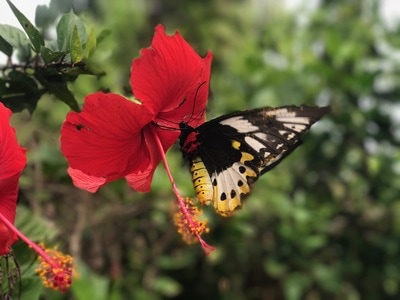 ​I looked at the team sitting next to me, it appeared 2 out of 3 didn’t hear the request, and the 3rd whispered, “I can’t read it, the print is too small!” So as their fearless leader, I took one for the team and put up my hand. I’ve read bits of the bible before, but never out loud, and definitely not in church! Luckily though, there were no strikes of lightning, and the Pastor even commended me on a ‘loud clear voice’!

The rest of the day was spent lounging around, organizing gear, having a nap, doing laundry and drying boots. It was a fantastic way to split the trip up and take a little pressure off the ‘go go go’ feeling that some expeditions can create.

The later half of the trek was free from major event, and very enjoyable! Constant slip and slide from all on the hard slippery clay, but luckily without great injury. George, a porter helping Mark out, came the closest to needing an evac when he gallantly held on to Mark as he slipped coming down the last hill to the Goldie River, slipping and sliding, he ended up nearly getting squashed when Mark eventually fell back on top of him!

An hour later and our trekking was done. Mark, Marika and Tubby embraced, and congratulated each other, then turned and looked back across the range from where we’d come. It was a great finished to a great trek, and I’m sure those 3 amigo’s will be now closer than ever having experienced such triumph and hardship together.

Thanks for a great trek guys, and see you on the next adventure!