Like a Brigade ready for inspection on Parade, 3,779 perfectly lined up headstones, all in formation stand glistening in the afternoon sun. Young boys, sent to fight a war on foreign soil during the Kokoda Campaign paid the ultimate sacrifice for the freedom we are blessed with today. Their final resting place is at the Bomana War Cemetery near Port Moresby and its perfectly maintained grounds give it both a beautifully peaceful and hauntingly solemn presence as you walk through it. You can’t help but feel totally insignificant when reading headstones of young diggers, some of whom were barely out of high school.

Ironically here we stand, with a group of Year 12 boys from Trinity Grammar, themselves paying respects to people they never knew and giving thanks to a generation of young men who never had the chance to return home to their families. As the last post plays out across the cemetery, the Trinity Grammar boys stand tall and proud, some of them have their fathers or teachers by their sides, guiding them through and sharing every step of the 96km journey across the mountain ranges from Kokoda to Owers' Corner. Only 9 days ago the large group of 31 made up of 21 students, 6 fathers and 4 teaching staff flew into Papua New Guinea where they were about to embark on an adventure of a lifetime.

Leaving Port Moresby and flying in to Popondetta we spent our first day retracing the steps of the Australians during their “fighting withdrawal” as we travelled over the Kumusi River and south to Kokoda. In the late afternoon a memorial service held on the Kokoda Plateau set the mood for the rest of the trip. The steep mountains of the Owen Stanley Range brooding nearby which “the track” passes over forces the stark realisation of what is lying ahead for us all. That night the heavy rain that set in ensured that by morning everyone and everything was soaking wet, just in time to start the trip. “WELCOME TO THE KOKODA TRACK LADS!!”​ 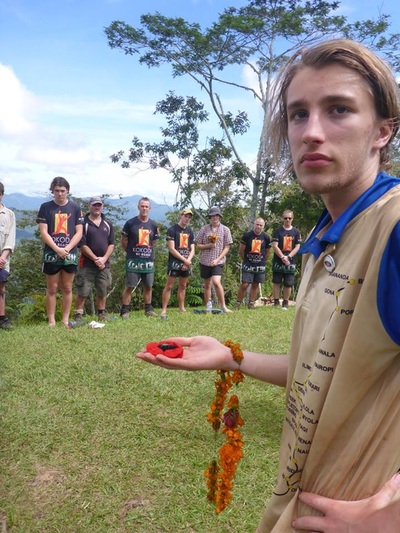 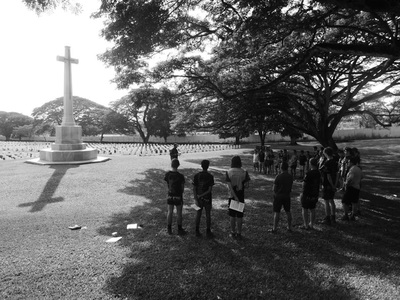 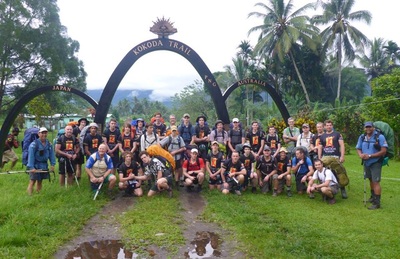 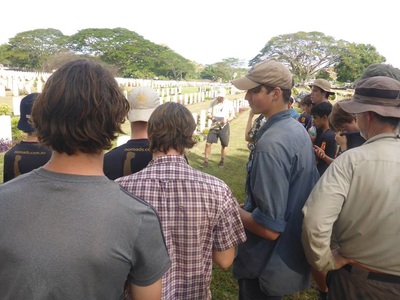 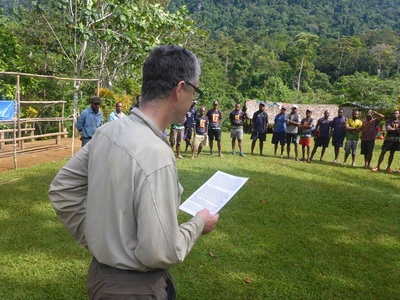 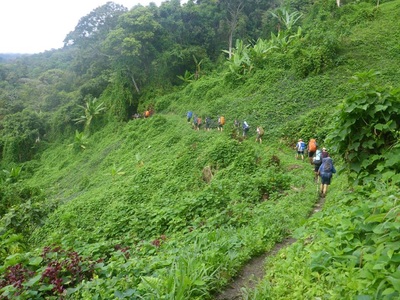 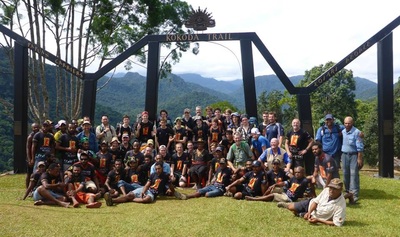 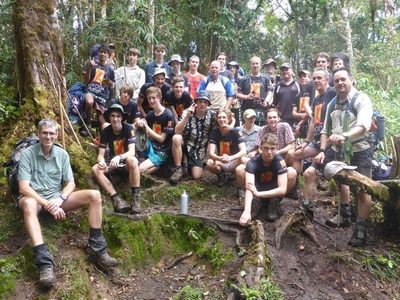 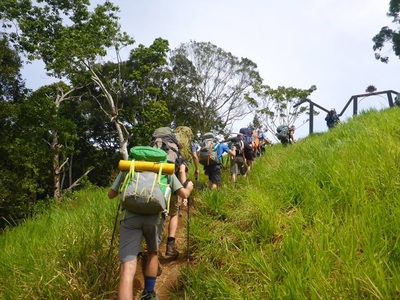 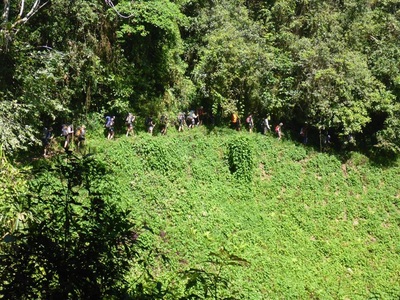 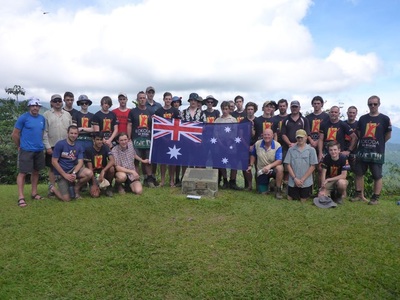 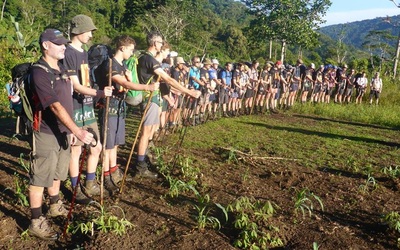 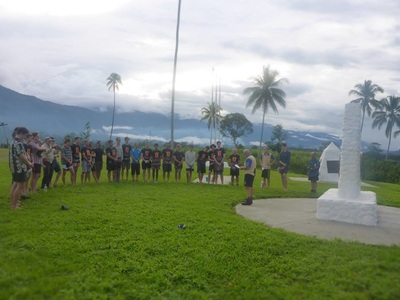 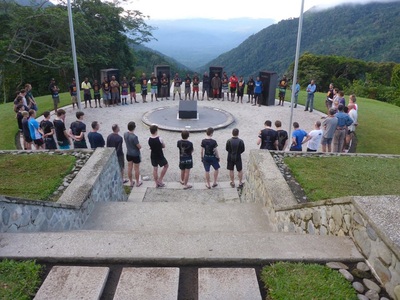 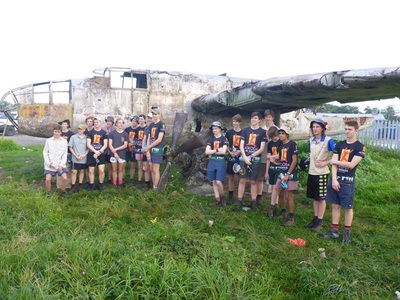 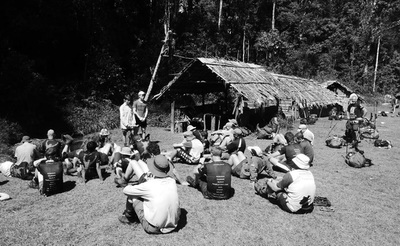 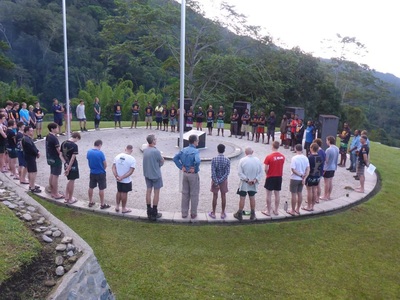 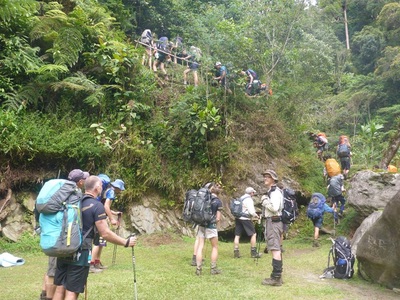 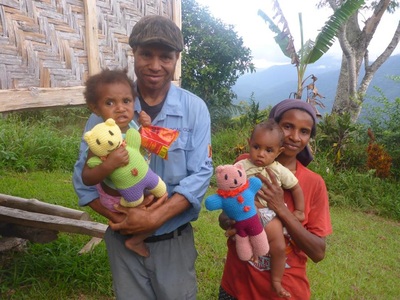 The memorial service on Brigade Hill gave opportunities for personal dedications to those that had fallen. Special moments and memories shared from members of the group will make it an experience that can never be recreated, a place that will always be remembered but certainly never ever forgotten. Having the students present history talks about diggers and their actions along the way while we were at the exact location made it very easy to connect with the stories of heroism.

Paying respects to our porters and the local people we spent the Sabbath in camp at Va Ule creek which gave us all time to dry some clothes/boots, swim in the creek and rest up for the final push over Imita Ridge to Owers' Corner.
​
Two awards given out this year were the “Spirit of the Track Award” which was won by Callum Day and the “Quiet Achiever- Future Leader Award” won by Matthew Story, Both of them showed a real connection to the track, its history and the people along the way making them worthy recipients of the awards.

To the Trinity Grammar boys, the fathers and the teachers that travelled with us, thank you for letting Bob and I show you a pretty special part of the world. You have represented your families and your school well. Don’t ever forget the diggers, their Courage and Sacrifice, the local people both past and present and their amazing kindness and Endurance and finally what you have achieved and built along the way-Mateship.

Until next time you hear the call…… “PACKS ON!”