​You don't raise heroes, you raise sons. And if you treat them like sons, they'll turn out to be heroes, even if it's just in your own eyes. - Walter M. Schirra, Sr.

​So this is exactly what Wests Bulldogs Rugby Union Club in Brisbane decided to do, strengthen their bond between Father and Son. And the Ultimate place to do this, the Kokoda Track.

The group had been preparing for around 8 months with family walks, personal training and lots of father/ son bonding time. The group consisted of 14 champion people,  6 father/ son combinations in Phil and George, Gio and Seb, Mark and Jacob, Dave and Llyod, Steve and Sam, Michael and Austin, along with these father/ son combinations was Rosie- an Aunty and mother figure on the trip, as well as George 'of the Jungle'.

The 9 day trek was the first full trek for No Roads for 2016 and the first time any trekking group had observed the sabbath rest day on the Kokoda Track.

The started with another first as we landed in Popendetta and drove back towards Kokoda to begin our trek. It was the first time I had spotted anybody being able to have a deep sleep on the PMV (see photo). Usually most people are not able sleep, let alone get comfortable on the bumpy track to Kokoda.

As fathers stood proud as punch, side by side with their sons as the beginning arch at Kokoda, they knew that this would be something special for their 13 and 14 year olds. As we began to make our way to Deniki for the night, these boys were beginning their journey into manhood.

The second day walking threw a few challenges the groups way and adversity that many young faces had not experienced before, fittingly though as did those that have fought before us did, they overcame these and were able to realise that Aussie diggers before us had experienced far worse adversities. We were able to pay our respects at Isurava to those fought and died as well as those who lived and continued to suffer in a service at the memorial. The rain falling seem to hide our tears of sadness. 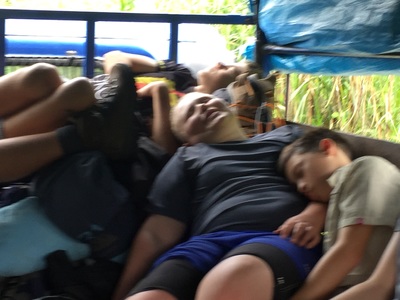 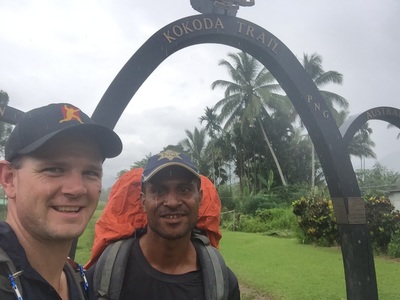 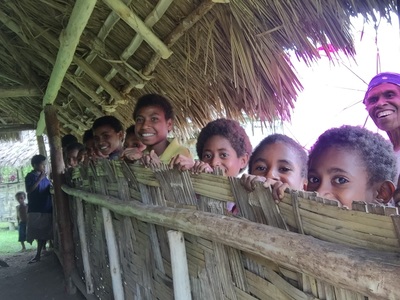 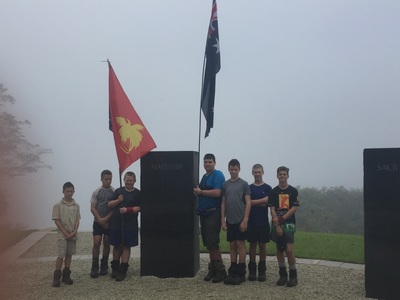 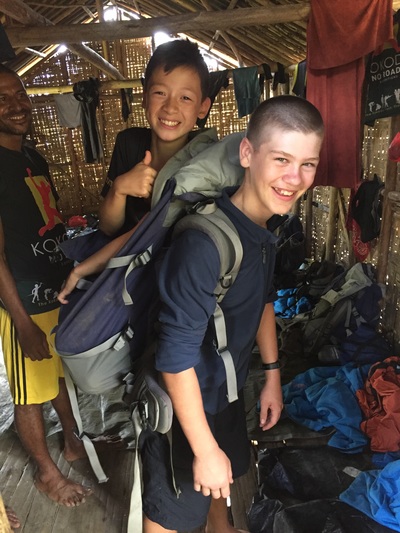 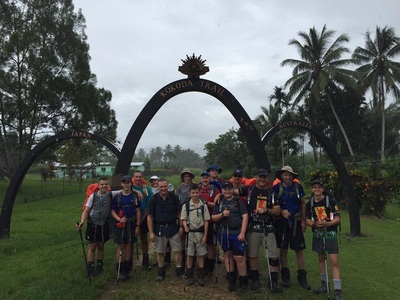 Day 3 saw the group begin to 'find their track pace' and gain some confidence. Seeing sites along the way such as Eora Creek, the Japanese Mountain Gun Site, the Jungle Vine Bridge and experiencing a very fresh creek to swim in that night at Templetons followed by a cosy campfire.

Our forth day on the track was special, reaching the highest point on the track- Mt Bellamy, having doughnuts for lunch, being welcomed by the locals with songs, Kids in the group playing soccer with local kids in the village, staying in Kagi- the home village of most of No Roads porters, singing and dancing away the night with men, women and children of Kagi.

A slippery morning out of Kagi greeted us the next day, followed by a picturesque morning tea and a visit to the local market to purchase fresh avocado, bush tomatoes, bananas and locally women Billum bags for presents for the mother's back home. It was not long until we had worked up a sweat walking up to Brigade Hill to talk about the battle of Mission Ridge, and Brigade Hill. The long afternoon downhill was filled with rain, slips and falls as our group became fatigued.

A rest day at Menari was well deserved the next day as we really embraced the culture we were in, participating in their religious Sabbath day. A morning visit saw the Church Pastor come and greet us, welcoming us with open arms and thank us for spending time in the community. After a short Church service, a bit of sun allowed for everybody to wash and dry clothes, then spend a relaxing day of cards and 'nanna naps'. The whole community gathered at our campsite in the afternoon to finish their sabbath and celebrate as the smiles and laughter between the trekking group and locals flowed freely.

Day 7 was relatively short, with a stop at Brown River to swim, a wet and muddy slog through the swap and another afternoon to relax, laugh and spend a bit of quality father son time together. 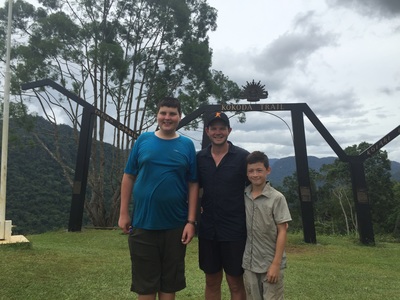 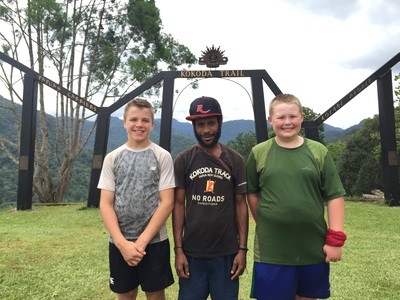 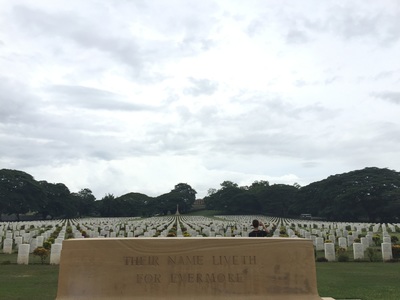 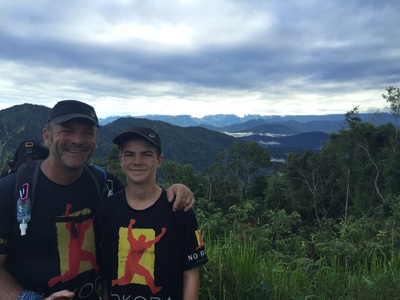 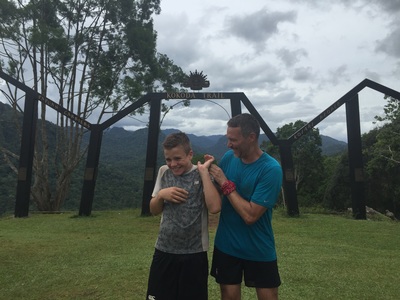 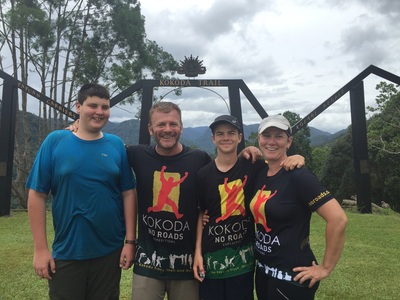 The group soon found out why the last two day were full of rest and relax. Day eight was a big one.  Having their morning routines in place allowed for smooth transitions into our early start to our trekking. The first thing up was many false peaks on the way to the peak of the Maguli Range. The group was excited at the fact they could see Port Moresby and the ocean. A lunch swim and a good spread rejuvenated the group for the afternoon walk in the heavy rain and multiple creek crossings.

Our final day on the track saw excitement build as we walked on towards our final destination for our trek Owers' Corner. The last climb was intense and really took a lot out of everyone but we had made it. Our Father/ Son Kokoda Trek was complete. Hugs and tears flowed at the final arch, fathers stood side by side with their sons proud of each other, having been reconnected to one another. The Kokoda Track was the glue of this amazing reconnected strong bond.

​The Kokoda Track is more than just a walk, it's an adventure, a challenge, it's part of Australia's history, an immersion in culture, and a place to push your limits to explore your potential. - Dan Hogarth