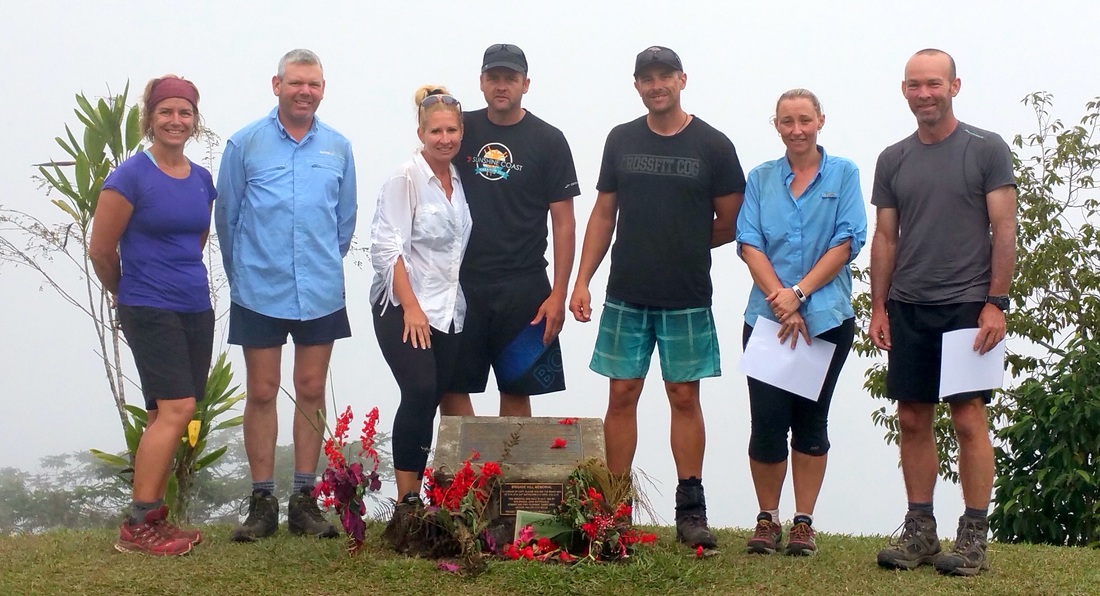 ​​Clearing the mind and invigorating the spirit is what Kokoda brings for many, and I saw this unfold for all the group that took on the track – the class of 2015.

This trip originally was put together by Colemans, celebrating Breanna’s 40th Birthday. There were five friends that had grown up together in Beaudesert, Breanna, Brian, Jess, Nigel and Scotty. Then through my bootcamp circle at home on the Sunshine Coast, we welcomed another two friends - Jane and Aaron. What I like about trekking Kokoda is the change it can bring to a group environment. Kokoda has the ability to remove personal barriers, and bring about an openness that could not be experienced in anywhere else.

The first day brought the Deniki climb, and once again – it did not disappoint. It was nice to finish the first day with high spirits and a few good laughs in the camp.

The second day takes us to Isurava memorial, for me – this is the moment that the Kokoda experience unfolds. At this point, you begin to really understand and find a new appreciation for Australia and it’s soldiers – the wins, the losses and to the many people who took on that particular track and gave the ultimate sacrifice.
​
When you take on the Kokoda trek it is not long before each footstep becomes a deep reflection to our WWII history. With each step the group gains a new found respect for the fallen, as well as a deeper understanding and appreciation for the soldiers that did returned home.

​​The hardest moments occurred between Templeton’s 2 and Menari. I’m happy to report that in true Kokoda spirit, both Breanna and Jess defined the qualities that this track was built on, that which is of courage and mateship – bonding the group and porters alike. The PNG boys made the Templeton’s 1 night a lot more comfortable, a hot shower allowed Breanna the moment to recharge and regroup. We were greeted with a song when entering Kagi, and the songs continued into the night with our own trekking musician - Nigel. The highlight for me was when Nigel played a rendition of Old McDonald had a farm with backup vocals from our resident animal impersonator – Jane. Not only did we think it was a hoot but so did all of the Kagi kids! Who would have thought that the sound effects of chickens, cats and dogs would have contributed to so many unforgettable memories.

It is nice to find that as the days progress people begin to walk at their own pace. Don’t get me wrong, when walking through a jungle you are still pushed to the limits but somewhere through the chokko vines and steep climbs you manage to laugh, sometimes cry and then manage to laugh again. Fortunately for this group, I am happy to say - laughs always won this group over!

On the track, nothing quite beats the feelings of the last day. The excitement, the release of emotions and sense of accomplishment it’s felt by everyone. For me personally, when Scotty (a man of few words) took a moment to communicate to me what a fantastic experience Kokoda had been for him, I knew that Kokoda has left its mark on another trekker.

I speak on behalf of the whole group when I thank our NO Roads PNG crew – Simon, Neno and all of the lads! They create a friendship and bond between the group that intertwines so deeply –it goes beyond their call of duty. Not only is it a pleasure to witness, but it is an even better feeling to be a part of!

Congratulations to the trekkers of 2015, may the Kokoda track never be forgotten! 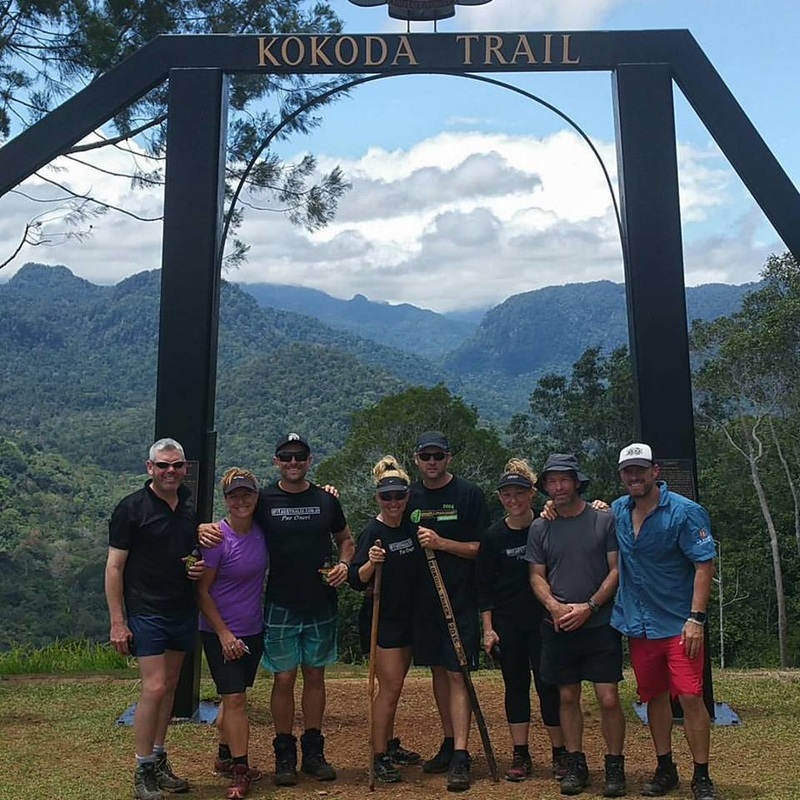