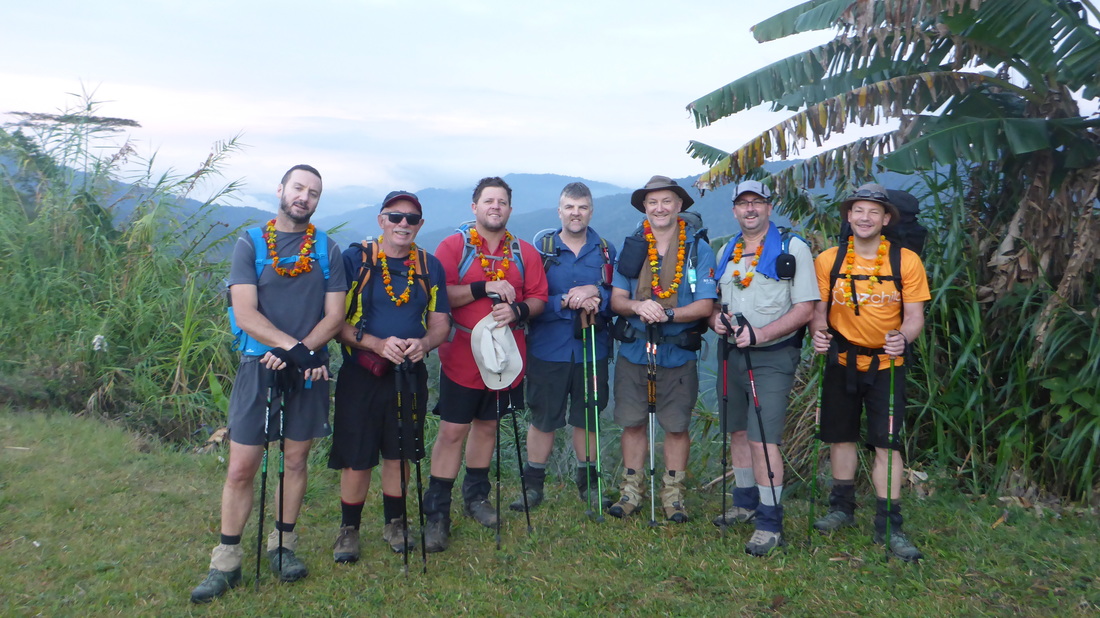 Troy, John, Andrew, Steve, Justin, Trevor and Toby - View from the centre of Kagi looking west
After an early morning flight from Port Moresby and a long, bumpy, dry and dusty drive into Kokoda from Girwa Airport we arrived at Kokoda around lunchtime. At long last the adventure was about to begin - four blokes from Victoria and two mates from Queensland. Everything is awesome!
​
​​This expedition was the second OzChild fundraising expedition following on from a successful expedition last last year in October 2014. Congratulations to the four OzChild trekkers (Trevor, John, Toby and Stephen) who raised $27,129 for essential OzChild services to help more children and young people in need. Special thanks to No Roads Expeditions and Metro Trains for their incredible support. 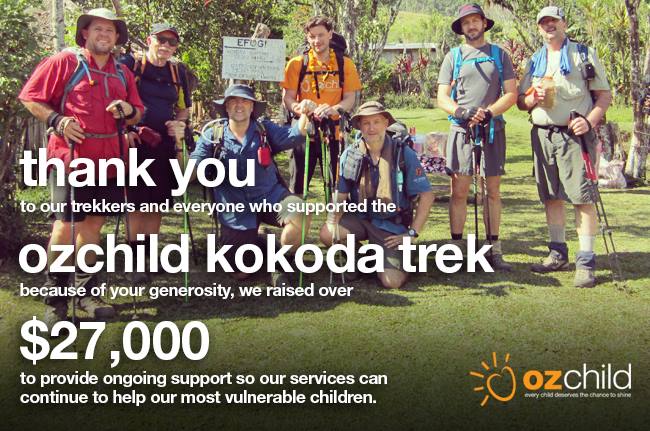 Posing roughly half way along the track in Efogi at the famous Efogi signpost
During this expedition we learn't about the actions (fighting) and soldiers that fought along the Track during WWII, we heard from our local guide about the local traditions and culture, and about village life. We appreciated the amazing scenery, its dark, rough and rugged jungle through to the vistas visible out to distances of about 10kms from the top of ridge lines.

Our expedition was very very dry with only a short shower or two at night. The track was hard under foot and the water courses lower than usual. This also mean't the infamous Kokoda mud was a bit of a fizzer with only a little found on the southern sides of the last few ridges. With the warm temperatures and reduced cloud cover, the nights were also pretty chilly, especially at some of our higher campsites.

The Kokoda story is different for everyone. ​Our six trekkers ably supported by 17 porters have many stories to tell, many of them that need to stay on the track, but I thought I would focus on the personal porters and our Australian guests.
This video was taken as the group left Station 88 clearing heading along a very long downhill section aiming for Ofi Creek. Just a thin fog and some specks of rain meant the track was cool which was great. Some of the guys with sore knees didn't appreciate this section of the track!
On every Kokoda expedition at Owers' Corner the smiles on my trekkers make my day as an Expedition Guide, its why we do this. Even though most people are pretty exhausted and some have done it very tough, the smiles of achievement shine through. Warm embraces, strong handshakes and a sense of pride, of mateship, courage and endurance permeate through the group, its palpable. 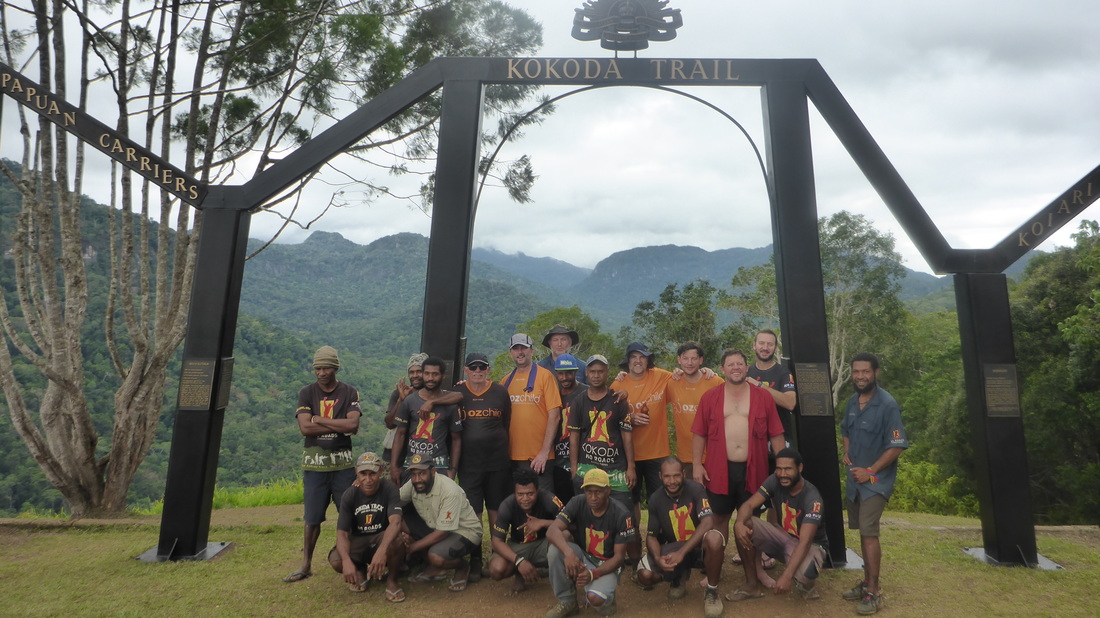 I'm incredibly proud of everyone's efforts, especially after those few days early on feeling terrible with half of the group very unwell. Once again the porter team have shone through highlighting how proud they are of their community and their heritage, and especially how fit they are barely building up a sweat on those hills!

So until next time Kokoda, thanks for all the challenges, lets rock'n roll!
Justin Kibell
Expedition Guide
No Roads Expeditions
justin@noroads.com.au
Kokoda Expeditions with No Roads