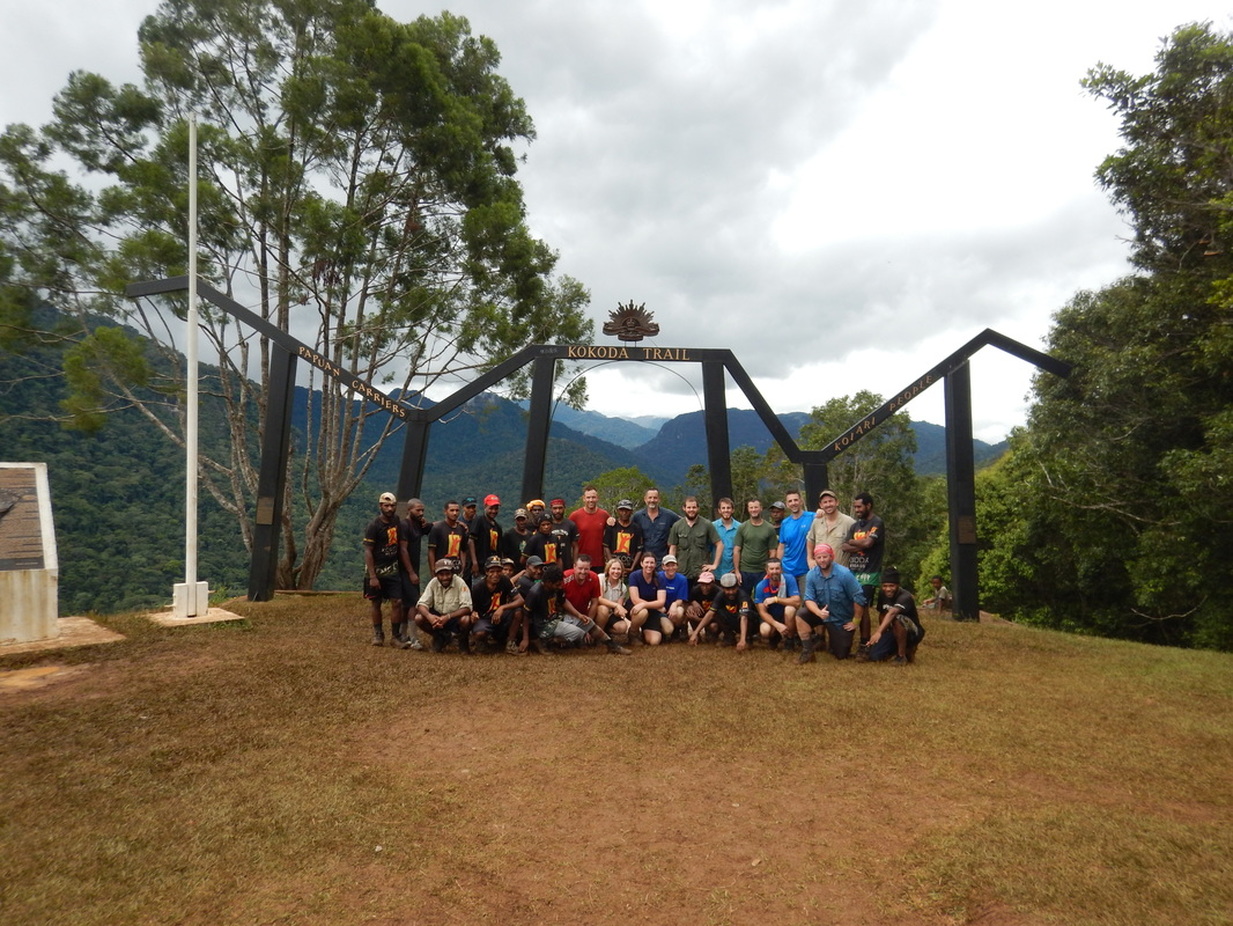 It’s the 100th Anniversary of Gallipoli and we are so happy to be commemorating it by walking Kokoda, then attending Bomana war Cemetery for the Dawn Service!

And then we realized we would be facing our own battles……..  All good campaigns are fraught with difficulty!

First battle, luggage onto plane, then us.  Luggage off the plane as too heavy, some phone calls and 20 minutes later, we’re off the plane.  More discussions then our luggage back onto plane, then us but the six ‘other’ passengers are no longer there. Three hours after due departure we do!  So many thanks to the PNG & Australian NoRoads team for getting on the phones and negotiating a good outcome!

Next battle, being 3 hours behind schedule, we get into Deniki just after dark.  Nice intro to the difficulties of the track by walking into the dusk.  But the tents are pre-set, the dinner is cooked and the coffee, well its Sigri coffee, so good!

Our intrepid group of 12 is walking concurrently with Georges group of 11 and as we pass groups of 20, 30, 40 or more, we are so glad to be with NoRoads!  We are ‘4’ groups of people, some cousins, some mates from all the way back to primary school, some boys from the bush, girls from the West but all so quickly, 12 very good friends facing the challenge.

And soon the challenge is to hold back the tears as we stand at the recently manicured site of Isurava, remembering those before us as Lappo & Dicko lay a Poppy & some Lantana on behalf of the group.

Its busy on the track but our tight group make short work of river crosses, bypassing big groups, getting in to see and hear about as many sites as possible while getting to know our porter group, especially for some, the personal porters who watch so carefully over their charges!  But we still miss out on the cokes, the fruit, etc as we find stalls cleared out by other groups.

Brigade Hill is crazy busy with groups but as we join with Georges group for our service, again some poems, some thoughts and the Last Post zero us back into exactly why we are here.

More campaigning for camp sites, dining tables, toilets with a view, some winners, some losers and we roll off the track to look back at that glorious view from Owers' Corner and revel in our own personal victory.  And for the 5 mates fighting over who owns Courage, Endurance, Sacrifice and Mateship, I throw them another one, so much greater than them all, Love,  and know we’ll ALL take that one away with us. 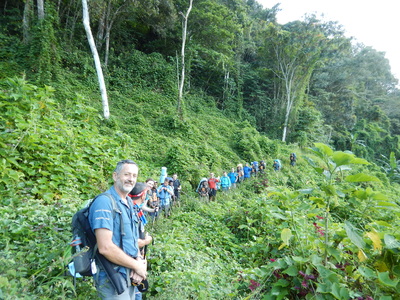 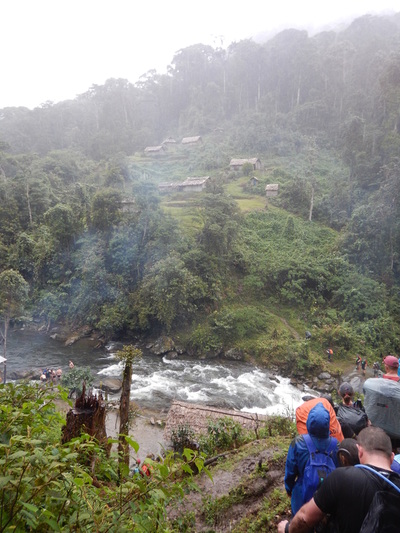 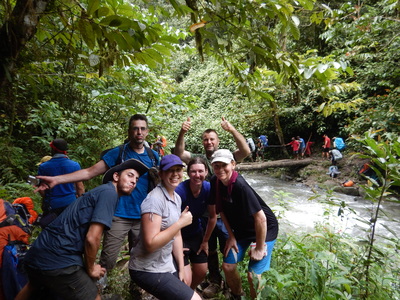 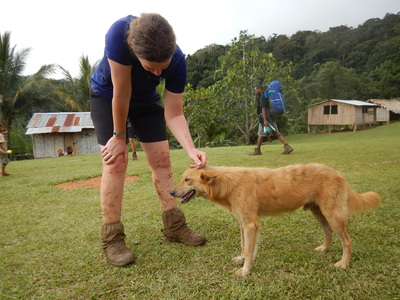 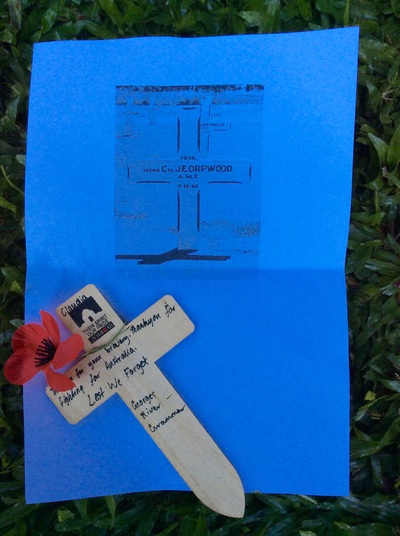 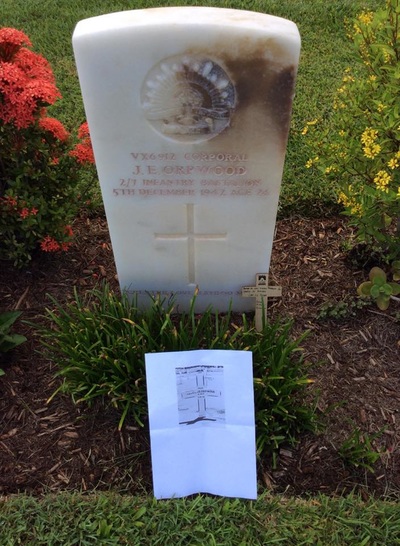 Dawn service at Bomana, ever special as the significance of all those headstones sinks in as they all become visible in the dawn light.  This year we wandered around for a while to avoid traffic, placed some crosses with ANZAC messages created by Australian school children and left greatly touched by the 100th anniversary.

A tour of the Port Moresby Nature Park filled in our morning, great to see this developing attraction and definitely on the books for future visits, even better was to get a ‘behind the scenes’ tour and see some extra animals that may feature in new exhibits to be built.

Thanks to the girls, Helen, Mel & Kathryn for tolerating us blokes but also caring so well for the men (nurses never get a holiday!); the famous five of Lappo, Dicko, Matty, Scotty & Jamie, keeping us all pumped & entertained; the young blokes in Jordan & Alex, continually taking the piss on the ‘old guy’ and two of natures gentlemen, Travis & Brad tying us all together in one of the happiest, easy going, fun yet also emotional, caring groups I’ve had the pleasure to escort on this amazing adventure on such a significant occasion – 100 years, Lest We Forget