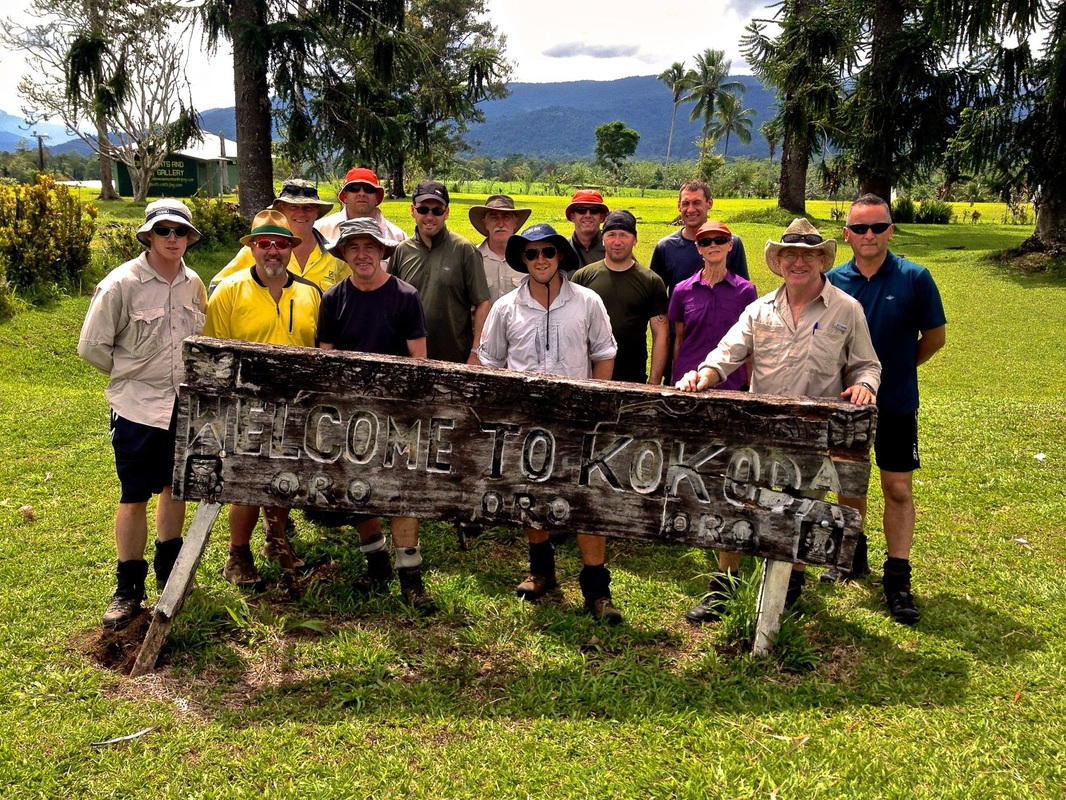 A big group with 14 trekkers, 27 porters, 11 mates and 3 add ons, only one of which I’d been for a walk with before, a 67th birthday, reports of a very boggy swamp, and an email in the back of my mind regarding poor rations and hopes that the food is better on the track. As I zoomed around the supermarket in Port Moresby with Terrance stocking up on expedition supplies, I found my self mentally preparing for a tough week of work ahead as I reached for an extra packet of Tim Tams. It didn’t take long before my nerves were put at rest, and the events that were to unfold over the ensuing days were to become one of my most enjoyable trips I’ve had in a long time!

Airport pickup, check in, pre trek brief, our first dinner as a team, a few hours shut eye, and as quickly as that, we were on the flight to Popondetta. Things were happening in our favour from the get go, on time flight, truck waiting and ready, brief stop in Popondetta at the memorial, great road conditions and bridges intact to Kokoda, blue skies and beautifully cool weather (about 24deg).

All these things happening in a timely manner must have triggered a few of the crew to be worried about running late. The first edition of the Walter Evening News informed us of a 5:30am wake up. To be sure not to run late a few of the crew thought to get a jump on the day and start packing up a little after 4am! And sure enough, it worked! Half an hour early leaving Deniki, and made it into Alola with plenty of afternoon to spare!

Normally with such a large group, as a guide you expect the team to have different levels of preparation and varying walking pace, causing the group to spread out a little during the day. But not this team, every single one of this crew had put in the hard yards, and managed to keep the congo line in tact, right up until the end!

It was an interesting group dynamic, 11 mates from rural Victoria, another 2 friends from Melbourne, and one lone lady in the group from Perth, having to deal with 43 blokes! While there were a lot of similar interests amongst the team, everyone brought something a little different to the team, the Chiltern boys were very welcoming of our extras, Kaye (quite graciously) put up with all the standard bloke banter and jokes and John and dean were always up for a good chat. It didn’t take long at all for the team to be united, and the laughs to start spreading into the local team as well. With Matts personal porter on ‘monkey duties’, a plush toy that gave out a good ol’ Tarzan call when his hands were pulled on, originally brought as a reminder of his son, but quickly turned into a way of highlighting any gravitational mistakes made by the team. *slip* *thud* “MONKEEEEYYY!!” was a regular occurrence.

We had a moving service at Isurava, with all team members taking part, and at Brigade Hill, the team stepped it up one more, with a few guys reading some words that had moved them during their pre trek research, and even printed out copies of lyrics to Waltzing Matilda. I’ve conducted many services there and at other similar places, and none effect me more than when someone volunteers to read something or just speak from the heart and expose some hard emotion. This happened again on the final night with Matt reading out what he’d written as the ‘Story of the Chiltern Boys’ and once more with young Cam’s poem he’d written while on the track, read out atop Imita Ridge in the final hours of the trek.

Kaye’s 67th birthday at Nauro was a treat for all, with fresh doughnuts, a home made banana cake,  and a few songs from our Kagi boys, made it a special night for Kaye, and one that none of us will forget.

Its near impossible to sum up a 10 day expedition with such character in so few words. But hopefully this is close;

This team wholly embodied what it means to walk the Kokoda track. The mate-ship, endurance, courage, sacrifice, and ‘monkeys’ would have made our diggers proud. Kaye, John, Dean, Stewie, Ben, Meggs, Scrooge, Cam, Brad, Mark, Joe, Paul, and Matt, It was an honour to walk with every single one of you. And for that, I thank you. 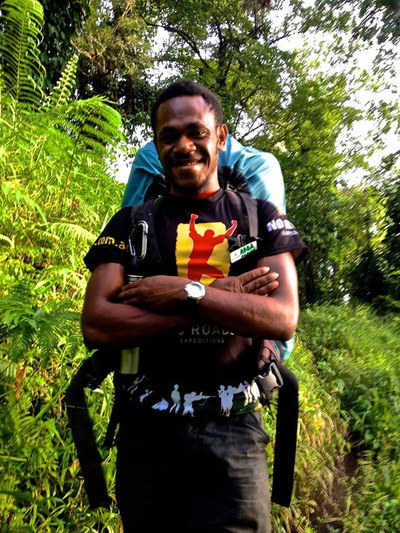 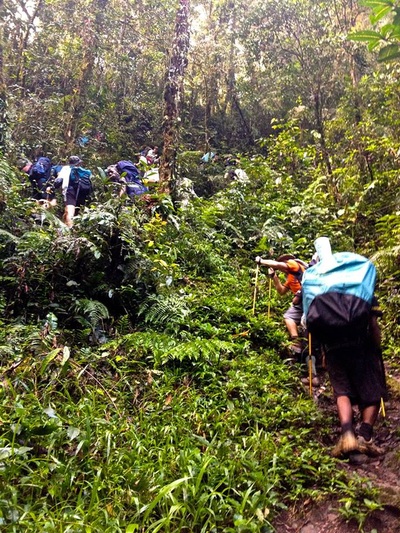 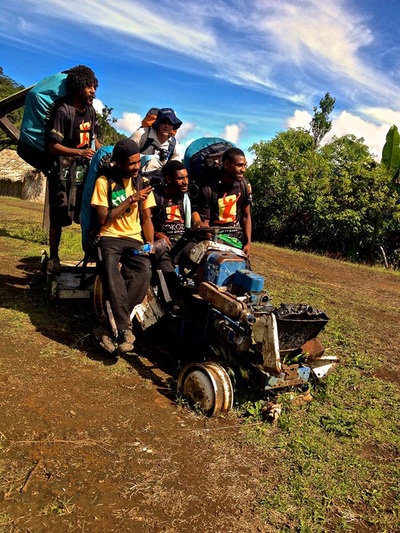 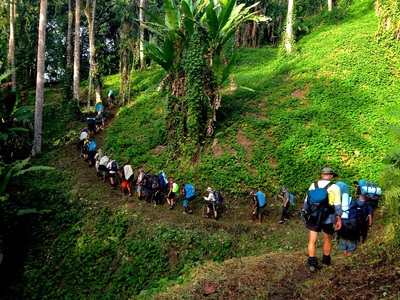 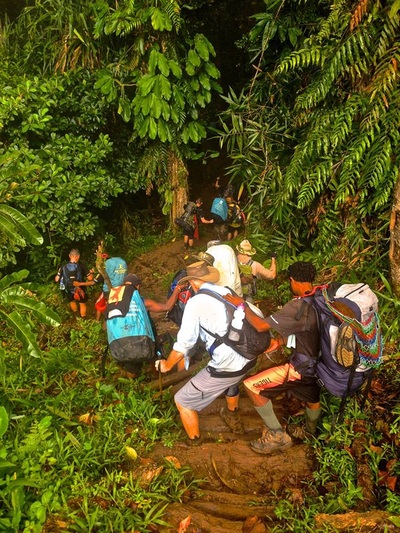 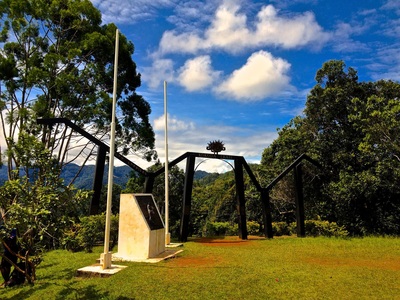 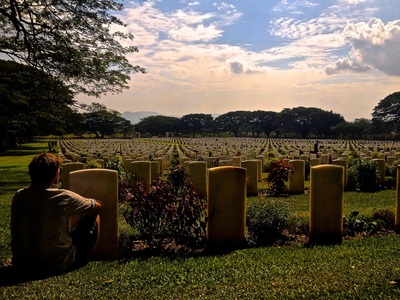 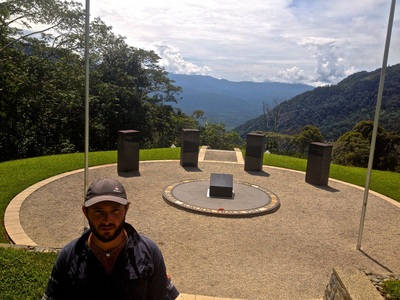 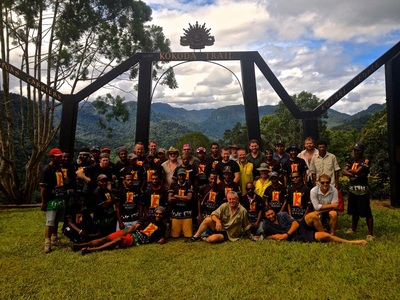 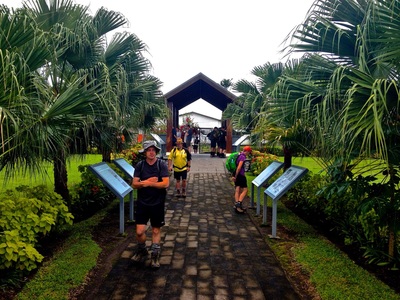 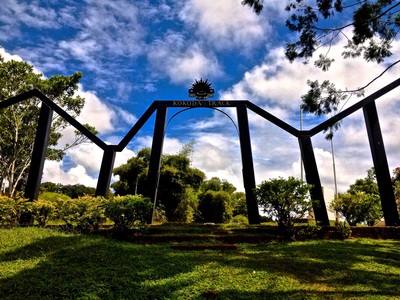 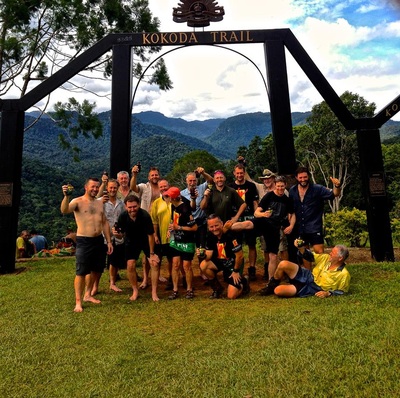 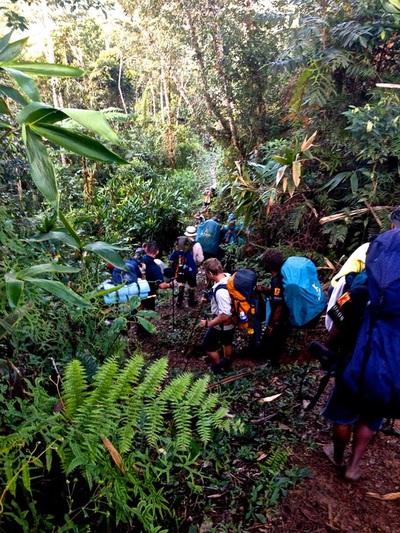 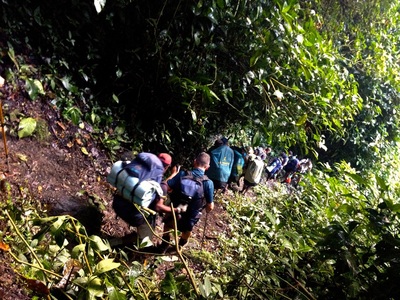 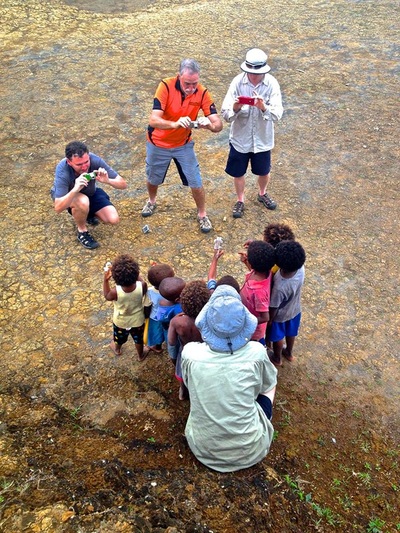