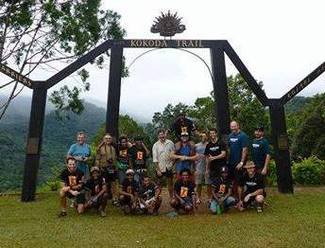 Kokoda trip 2014, what can I say... I left just a few short days after having had conversation with Peter Ranasinghe, one of the ‘No Roads Guides’. I wanted to find out how the track was fairing this time of year. I was somewhat relieved to hear that the track was dry, in his words “the driest he has ever seen”.

So in my head, I had almost prepared myself for a fairly predictable track. What more can I say, but... this trek was anything but predictable! I am now wondering if this lack of predictability was just because of the weather, or was this more to do with the nature of taking an ‘All boys’ group that I took over with me?

Day 2, we awoke at Deniki, only to be greeted by a misty, rain filled day. This weather took us all the way to Isurava battlefield and beyond. I could see that the boys were already forming a deep respect for our soldiers that took on this track many years before us. We were fortunate enough to have a brush with a close relative of the great Ralph Honner. We met Tom, who is the nephew of this great soldier. I am always left in awe of this soldier who was part of the 39th, in the battle of Isurava. This is the soldier who marked the words “Gona is gone”. This was a memorable chance encounter on the Kokoda Track and was a stand out moment to me, and the rest of the group – what a privilege!

Kokoda can be interesting. I think you start off as a bunch of individuals, all with different reasons for taking on this track. Then through times of tension, being tested mentally and physically, you develop a mateship and everyone shows this willingness to lend a hand. Tony Mohr, although he was tested mentally and physically developed a willingness that amazed me almost every day.

I was fortunate to witness the father and son team that was Warren and Scott, not to mention the strong connection with their long time friend (or should I say adoptive brother) Alex. This was a powerful dynamic within the group and the support that they showed one another was a credit to them as a family, so thank you for allowing me to be a small part in your journey together.

There was definitely a strong connection between some of the boys from the Sunshine Coast as they are parents of children that attend the local Grammar School. So the commentary between Grant, Aaron, Shaun and Nigel along the track made for some interesting talk along the way. One of which was the debating of a photo that they believe should make into the schools newsletter, stay posted on that one!

Grant, also known as “Stumbles”, “Baby-G” (baby giraffe) or otherwise known as “Clutzy” was given these tidy little nicknames along the way. These were mainly found on the descents of the track as Lutzy is a very tall 6”8, he made these slipper downhills – HILARIOUS! So we all took great pleasure developing each one in our fits of laughter!

Another stand out memory was one that involved the young gun of the group Rhys. Rhys was stopped in his tracks by an poorly tuned guitar. While we all waited patiently for Rhys to tune this guitar for what felt like hours, he finally belted out a solo performance to Metallica - while 20 strong porters all patiently watched on!

As always the Kokoda track brings with it a bunch of new memories, and not to mention some fresh new faces of our friends - the No Roads Porters. So, once again thank you the No Roads Porters, you make the trip second to none and it could not be completed without you, so a BIG thank you from me, and from this group of trekkers! Cheers – Ryan! 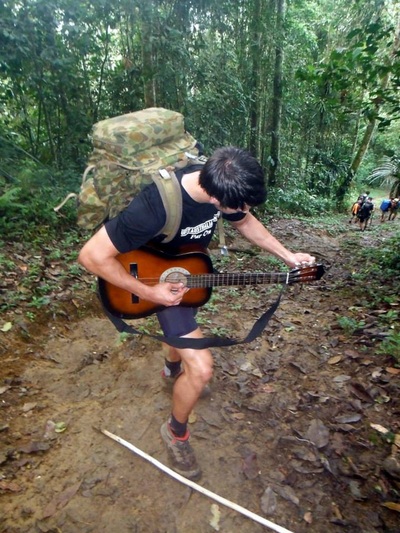 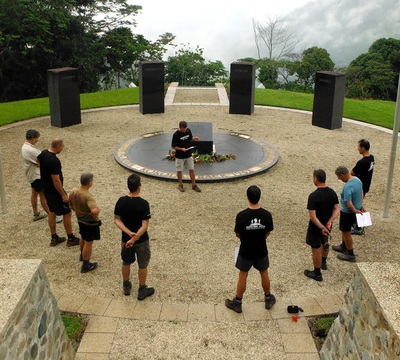 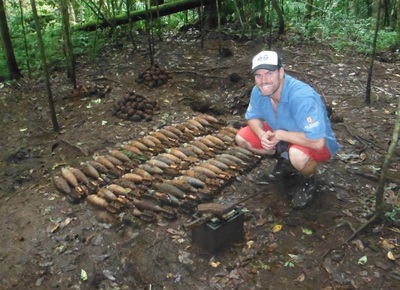 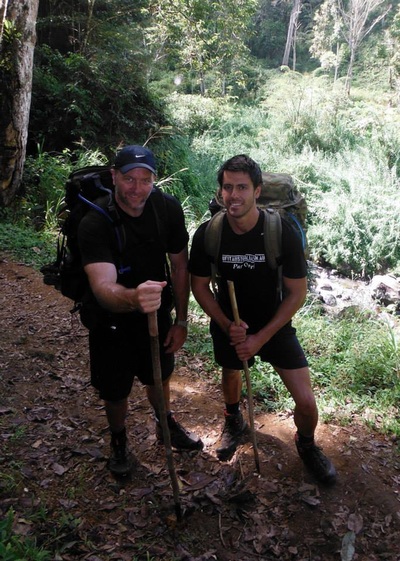 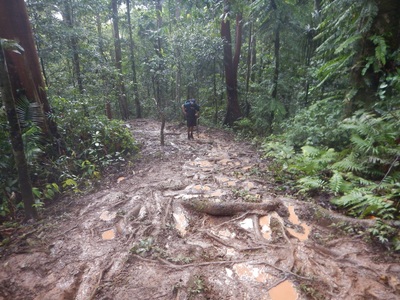 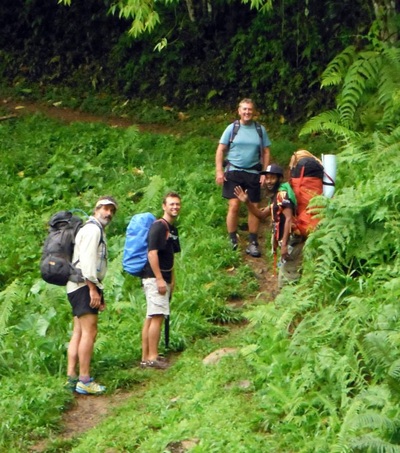 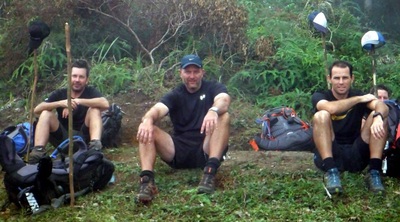 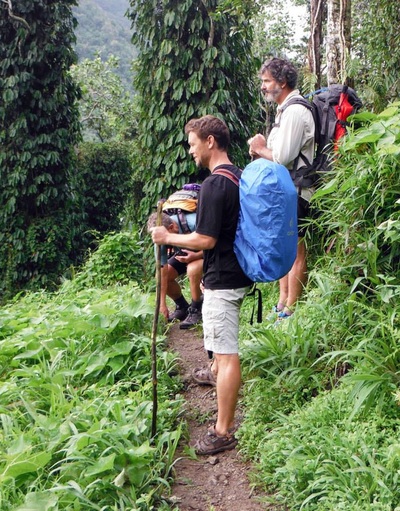 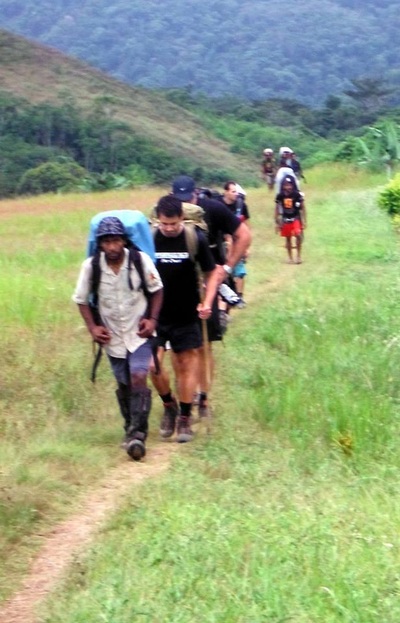 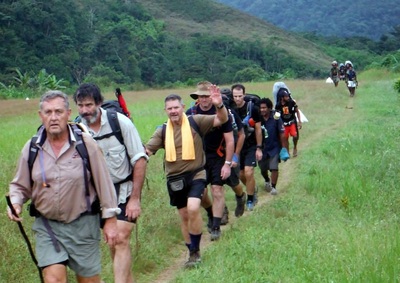 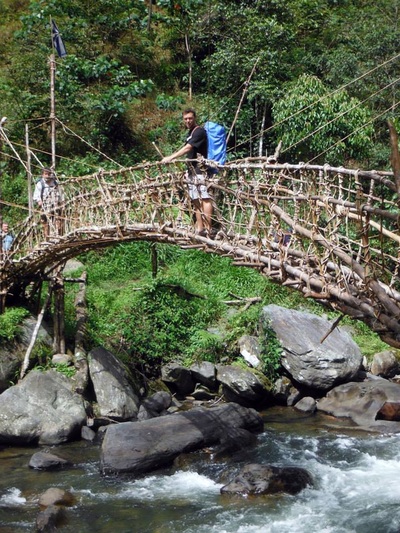 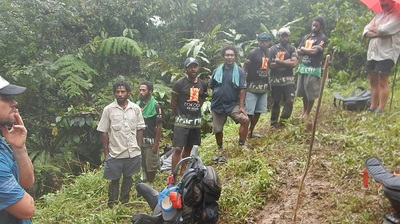 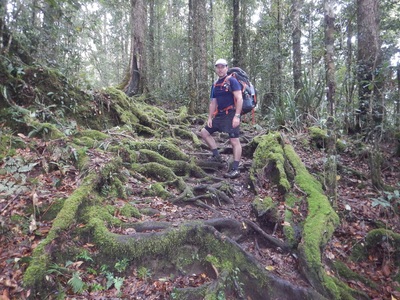 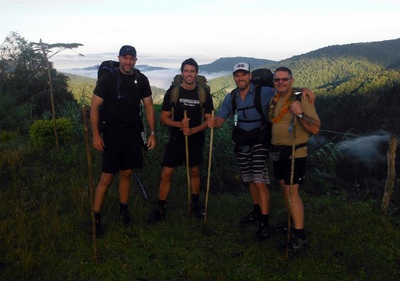 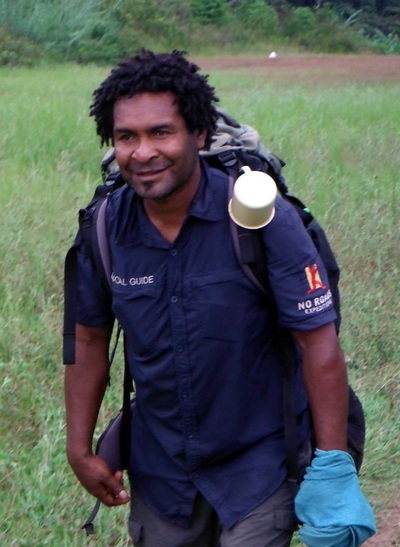 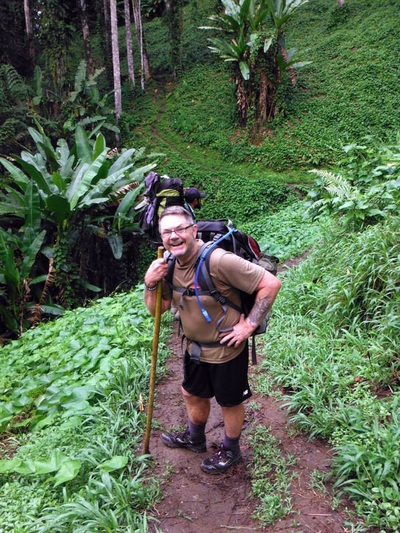 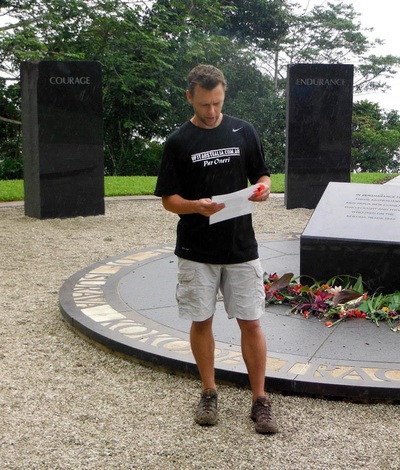 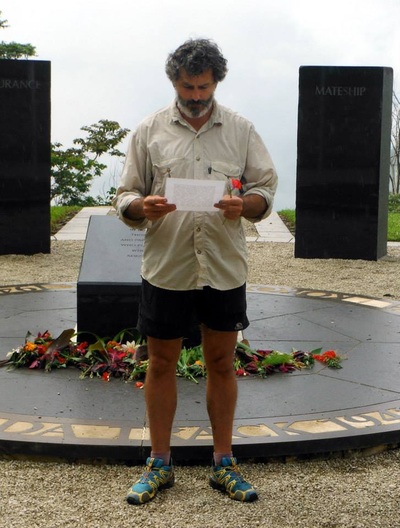 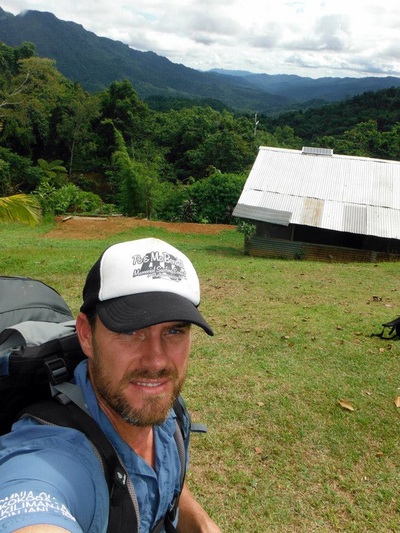