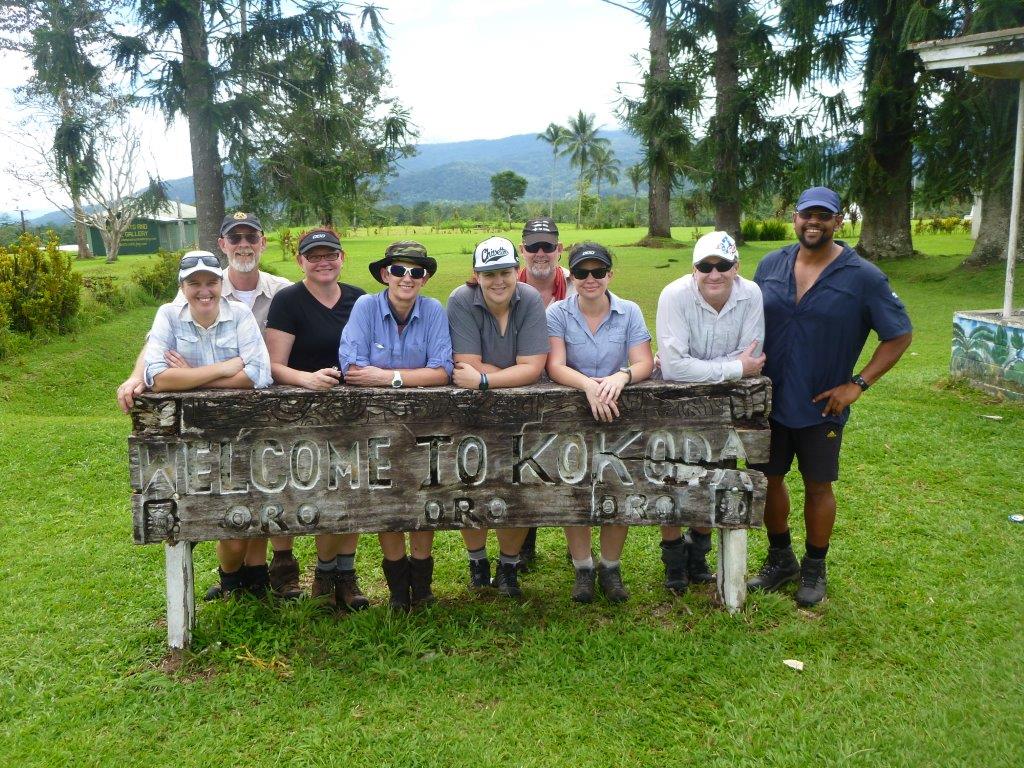 All that can be heard is quiet sobbing as the eerie sound of the last post resonates across the memorial site and echoes down the Yodda valley to the villages below. Eight trekkers stand solemnly together, shoulder to shoulder, heads stooped low, marking respect to young men who gave their lives 7 decades ago at this very spot. When the bugle plays its last note, a long painful silence is all that remains. Watery eyes eventually gaze skywards, no words need to be said. To stand on this sacred ground and to share it with some of your best mates is a real privilege. So few have come here to give thanks, yet so many enjoy the freedom created by the selfless actions of those that have fought and fallen here. Having family members who served here made it even more personal for the group.

Four large marble columns stand polished, glistening in the sun like soldiers on parade. Each one has a single word carved into it that personifies what being an “Aussie” is all about.  Mateship, Courage, Endurance and Sacrifice. Four simple words with so much meaning!

We are standing at the Isurava War Memorial and it’s only just the beginning of our journey to honour those that have fallen during the “Kokoda Campaign.”  Welcome, to “The Bloody Track!”

The group from Rockhampton was made up of husband and wife Melinda and Scott, workmates Lisa and Kimberley, siblings Peter, Paul and Robyn and Tamara from Maryborough. Having met and trained together before the trip made it a very tight knit group before the trip even started.

Visits to Cons Rock, The Bomber Site, Myola and several memorial services ensured there was plenty to see and do. The children singing in Kagi was a highlight and the smiles on the trekkers faces was priceless. Soon the trekkers and the pikinini’s were singing and dancing together “Like no one was watching.” During the following days just mentioning the kids singing would instantly bring back a big smile even when the relentless hills were getting tiresome.

The porters as always made the trip even more special. Their attention to the trekkers and the bond that grew between them all proved that the “Spirit of Kokoda” is alive and well. On day 8 as we descended down towards the Goldie River from Imita Ridge it was realised that the grandfather of Tamara and her porter Keito were both on the track as a Digger and Fuzzy Wuzzy. Here they were 72 years later hand in hand, negotiating the now peaceful track, the sounds and tension of war long gone, replaced by endless smiles and laughter.

Every member of the group was challenged at different stages of the trip and the feeling of accomplishment as we crossed the line at Owers Corner was immense as personal goals were achieved. They started as a group and finished as a Team, mates helping mates. (That’s what it is all about!)

Many hills, laughs and tears shared and shed. Stories and memories to retell for a lifetime. 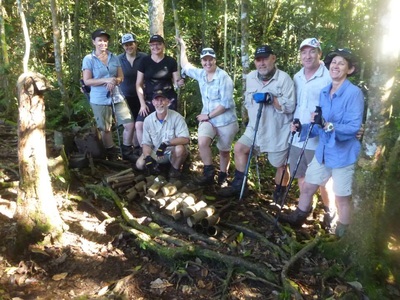 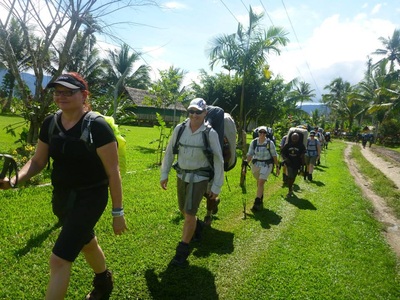 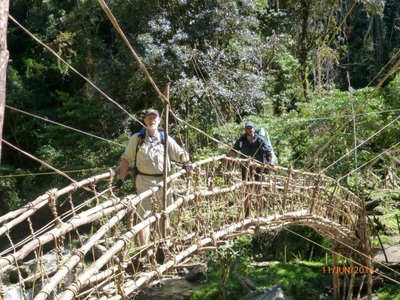 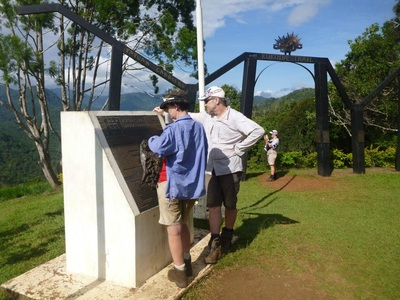 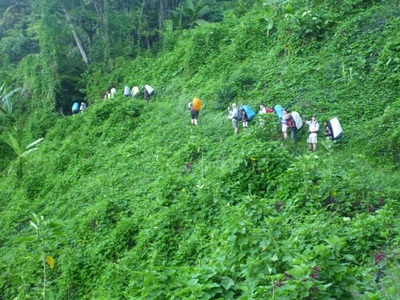 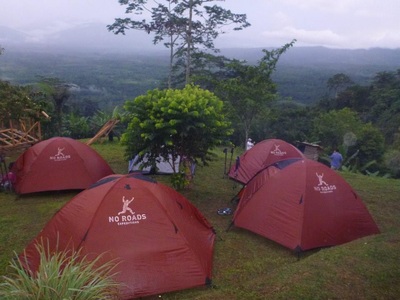 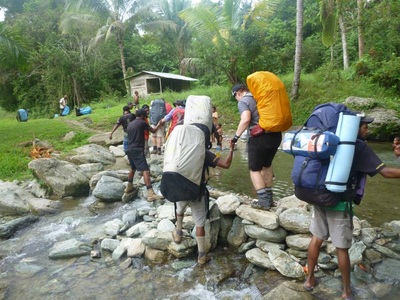 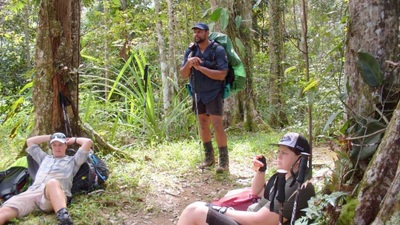 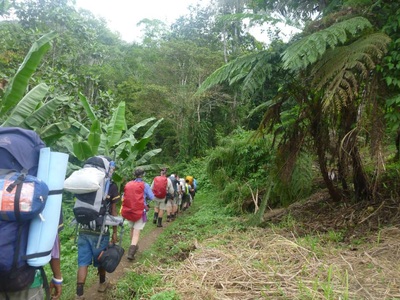 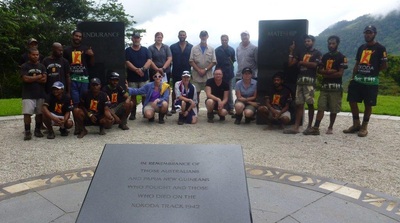 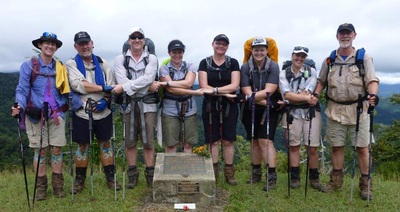 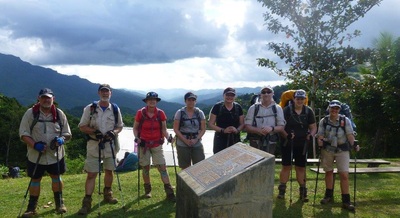 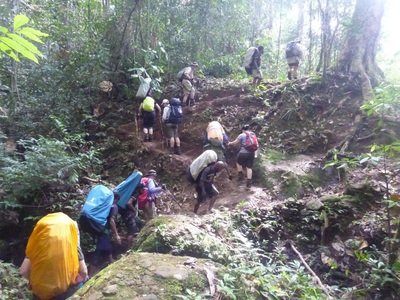 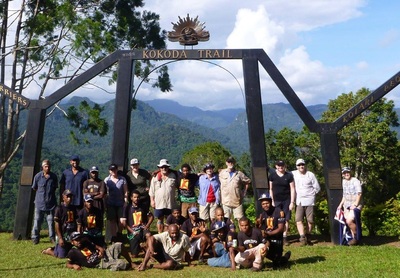 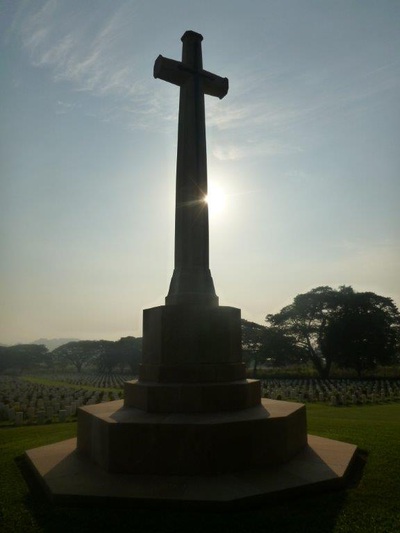