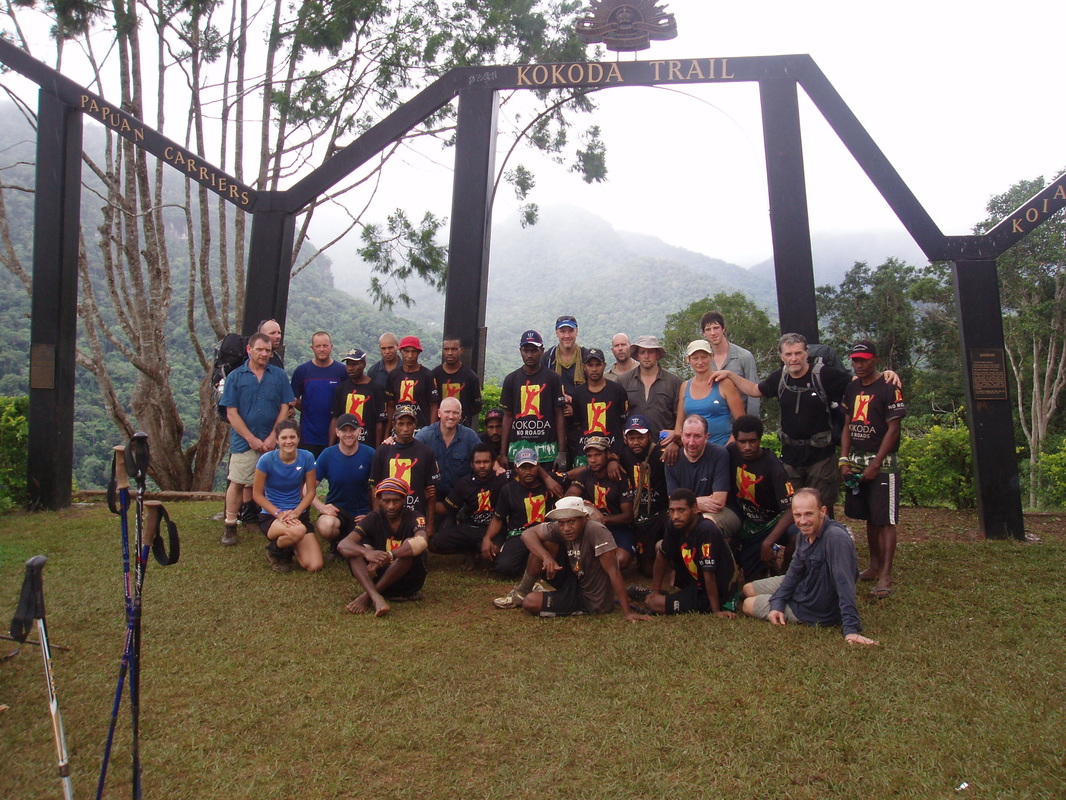 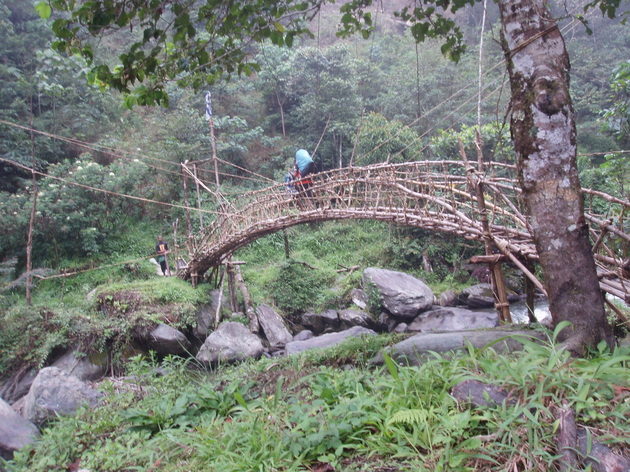 Thirteen trekkers left Port Moresby on July 5th after a briefing and short film on Kokoda for what was to prove to be an eventful, tough and fulfilling trip of a lifetime across the famous Kokoda track.

An early rise at 4.30 saw us down a decent breakfast at the Holiday Inn and head to the airport for a 30 minute flight to Popondetta followed by a 2 hour bus ride on the “Chiropractic Express” and we were in Kokoda ready to set off on our much anticipated adventure.

We met our Porters, had lunch and just before we set off, down came the rain which was to prove to be a daily occurrence. We set our sights on Deniki and with 3 hours of slogging it out, Deniki was accomplished. Welcome to Kokoda!!

The trekking was getting tougher but so were the trekkers. They knew how hard it was for our soldiers some 72 years ago and we weren’t going to disappoint them. COURAGE, ENDURANCE, MATESHIP and SACRIFICE took on a new meaning which now really stood for something. Tony did a marvellous job in reading the Ode and we could almost hear to boys of the 39th Battalion welcome us to their very own battlefield. We heard stories on the heroics of Bruce Kingsbury, Charlie McCallum, Butch Bisset and John Metson to name a few. We all paid our respects and moved on to the village of Alola. We were greeted once again by rain as we got into camp. A quick shower, some popcorn and pizza and we were tucked into bed in preparation for what was to be a very tough 3rd day.

Porridge and damper didn’t put a dampener on our spirits and before long we had seen the Japanese mountain gun sight overlooking Eora creek, crossed the most funkiest of all locally made bridges, checked out Aussie foxhole and weapon dumps and were climbing the muddiest of all the mountains on the northern side of the Owen Stanley Ranges. A short stop for lunch in the middle of nowhere then we headed for Templeton’s 2. Travis and Wayne by virtue of their kind natures were carrying some 20kg packs due to over 5 kg of presents to handed out to lucky kids along the track. This was taking its toll on them and others but we all soldiered on. Templeton’s 1 was finally reached. After an 11 hour day it was decided to cancel our cabaret show have a big bowl of pasta and hit the sack. We were all stuffed!. Did I mention the rain again as we got into camp?

We climbed through the sloppiest of mud to reach the top of Mt Bellamy and the highest point of the track. Some of us hiked on to Myola lake made famous by the biscuit bombing drops. A little digging by Brian unearthed some bully beef tins and ammo boxes. Boy those guys of the AIF and Militia did it hard!. James was digging deep, Patto’s knees were screaming and Neil was chatting. Brian’s hernia popped out to say hello and Renata and Andy were as always leading from the front. The effort they put in with their training was certainly paying dividends. The sky’s opened on us again before our porters from Kagi proudly showed off their brand new native garden surrounded by a pig fence and then took us to their home village of Kagi. What a welcome. Firstly we were greeted by Havala. One of the last surviving original Fuzzy Wuzzy Angels and the youngest one to ever serve for the Australians. What a privilege to be told his life story by his youngest daughter Tracey. A group of kids and their mothers welcomed us to Kagi with a beautiful song and bunches of flowers for everyone. A delicious pumpkin curry for dinner and after another short Kokoda movie and it was lights out. Massive day but we are half way!.

Very steep downhill followed by an up to Efogi 2 and the a down to Efogi 1 before preparing for the dreaded trek up to Brigade Hill. The weather Gods were good to us with full cloud cover and a light mist to protect us from this open part of the track. We paid our respects to those of the 2/14th  2/16th and 2/27th battalions that gave their lives in this bloodiest of battles. Poppy’s were laid then we set off for the longest of downhills until we reached the village of Menari, once again in pouring rain. Early night for all!.

Hard trek to the top of “The Wall” followed by a muddy downhill slide and a quick dip in the Brown river. A two hour trudge through the swamp and we were ready to take on those dreaded false peaks. Arrived into Nu Nauru in time for lunch and a well deserved “short” day.

4 ½ hours straight to Ofi creek sorted us out and then after a delicious lunch we tackled Ioribaiwa Ridge. Our pulses were racing!. Tony was peaking,  Geoff’s hammy screaming and Julian was taking photographs in between battling a heavy flu. Gemma and Phil led the way through the 11 creek crossings before we reached the village of Wa Ule Creek where we would spend our final night on the Kokoda track.  A well deserved swim soothed our weary bodies. The toil was taking its toll but we will also be sad to see it all end.

A final big effort is needed as we reach the top of Imita Ridge. Our Porters belt out a moving rendition of their national anthem before we head down the muddiest section of the whole track, the Golden Stairs. Before long we have a swim and clean in the Goldie river and the end is in sight. The arches at Owers Corner is passed through with a mixture of relief, joy, accomplishment  and a great sense of pride.

Well done to Andy, Renata, Neil, Gemma, Phil, Geoff, Julian, Tony, James, Brett, Wayne, Travis and Brian. You all experienced everything that Kokoda could throw at you and have come out with smiles that money just can’t buy.

It was a privilege trekking with you all. 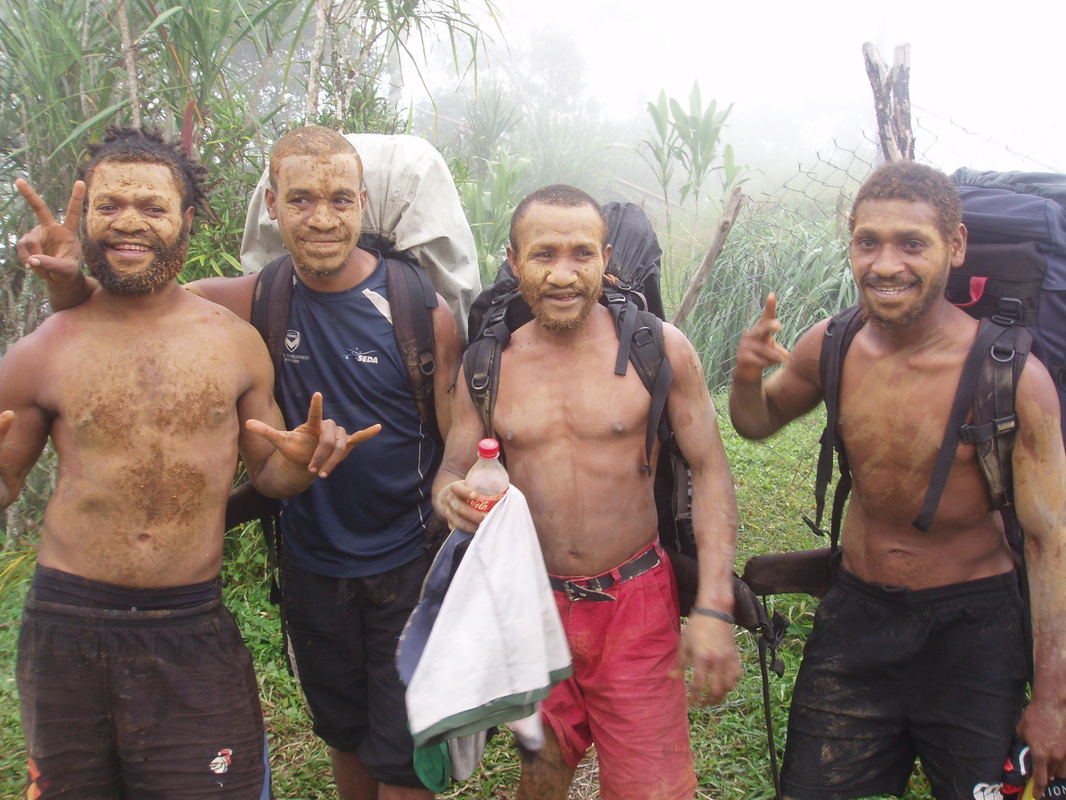