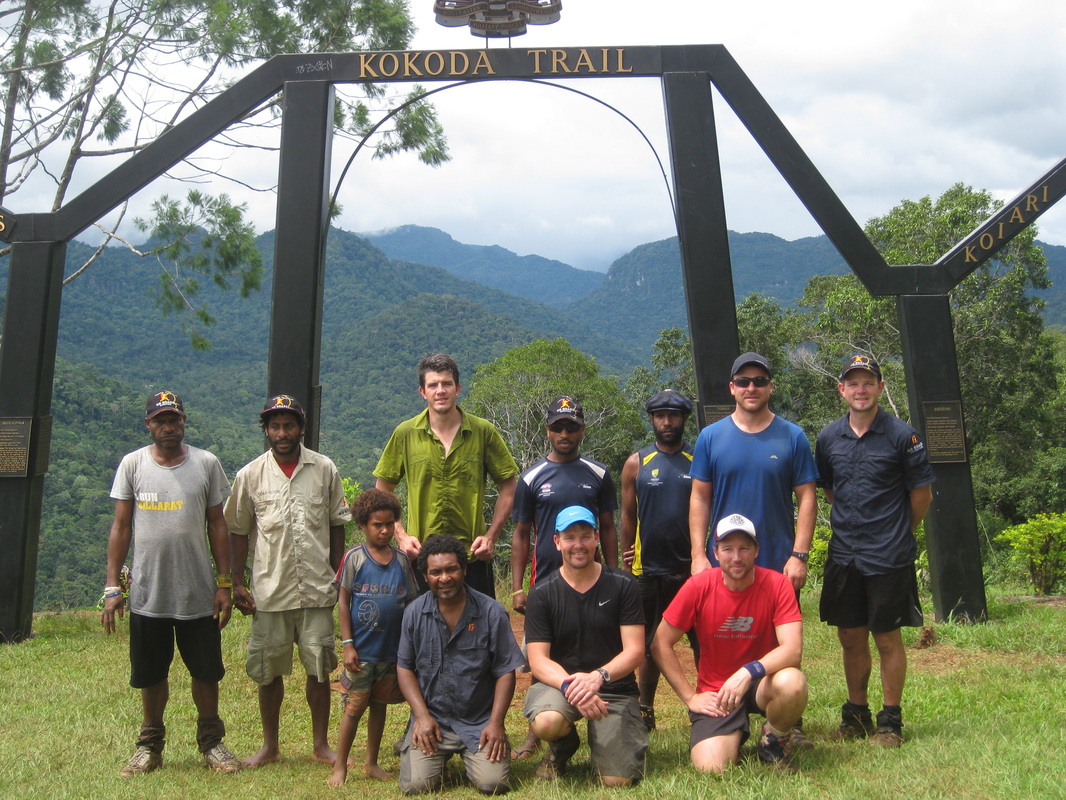 Walking Kokoda is the ultimate mates trip, be it a group of men, women or mixed. You get to spend a lot of time trekking through one of the most pristine jungles over a rugged mountain range that has a unique history with some of your closest friends. The adventure of Kokoda is simply unique. That is exactly what this group of mates did. They had talked about meeting this challenge for some time, but talk is cheap and life is simply too short. So these four absolute champions presented themselves in PNG awaiting the journey of a lifetime. Colesy- the motivator who pushed to get the trip up and going, Murds- who is an absolute genuine bloke who loves a laugh, Youngy- who is very compassionate and has a great sense of humour and lastly was Ged- the youth and energy of the group.

Right from day one the sweat of hard work was mixed stints of laughter and banter between all. As it always does the hill from Hoi to Deniki tested everyone. Ged pushed the pace of the group and everyone wondered just how they would survive 8 days of this. Needless to say Ged was never allowed to walk near the front again. The views down the valley over the jungle that night was clear and picturesque.

The second day saw the group find their pace as they made their way to Isurava to for a taste of the famous Kokoda sausage roll, and an insight the huge battle fought over 70 years ago followed by an emotional service. Then we rolled on to Alola weary of the rooster that wakes you at any time of the night.

Day three began as usual, with the alarm of music that belonged in a child’s animated movie yet made everyone smile. The mountain gun site amazed all at how beautiful the track was but how harsh it had been during the war. All tentatively crossed a worn Eora creek bridge. The long day wore on and challenged all, but a brief swim at Templeton’s in the very cold creek freshened everyone up. An interesting hut was being built over an inflow creek across the other side to our campsite where we had our swim. Colesy, who works in construction, was impressed with the builder’s ingenuity.

The next day saw the group reach the highest peak, Mt Belamy, visit the B25 bomber site, and really connect with all the porters over lunch as the rain poured down outside. This shower of rain kicked off what was a very wet 2nd half of the trek and set for a slippery descent into Kagi. Youngy took the funniest fall of the track in the very slippery conditions, falling on his pack and sliding down the track like an upside down turtle unable to stop. At Kagi the group was touched with the local singers and their amazing voices. A short visit to the local school blew them away with just how little resources the school survives on.

An early morning visit on day five to the Kagi Fuzzy Wuzzy marked a moment of gratitude for the work he had done for Australians during the war but also a moment of humour as two locals entertained us in the background with their antics. One of them even managed to make the photo with the Fuzzy Wuzzy (See attached). The cloudy cover of the rain sheltered us from the sun that usually burns down on you as you walk the track through Efogi and up to Brigade Hill. It was there we paused for lunch and a service before beginning our long descent down to Menari.

Our walk to through the swamps was long and heavy from all the rain that had come from the extended wet season. At Brown River we had a refreshing fast river crossing to wade across. We came across a group of 4 scientists that were on the Kokoda Track for 32 days. This made our sixth day on the track look fairly small in comparison.

Day seven started well with a relatively early start. The pace of the group was a well planned and executed drill now. All group members simply fell into line and assumed their position and they let the Kokoda Track unfold around them as they walked. The long day seemed to challenge most of the group who rested at lunch, all except Murds who found enough energy to keep playing practical jokes on others (Colesy) as they rested at the break. After that it was the walk to Ua-Ule campsite through the creek, or should I say across numerous creek crossings.  The next day flew along, and as the gates at Owers Corner came into view the group knew they had done something truly special.

What an amazing group of people, with such a simple yet powerful idea. To walk the Kokoda Track together as mates. Mateship, something that has been synonymous with the Kokoda Track for over 70 years.

Highlights of the trek included 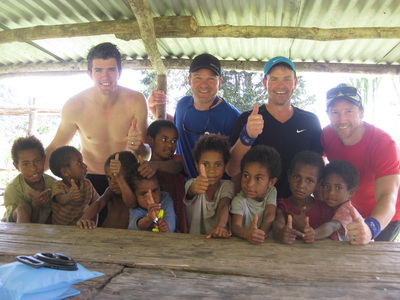 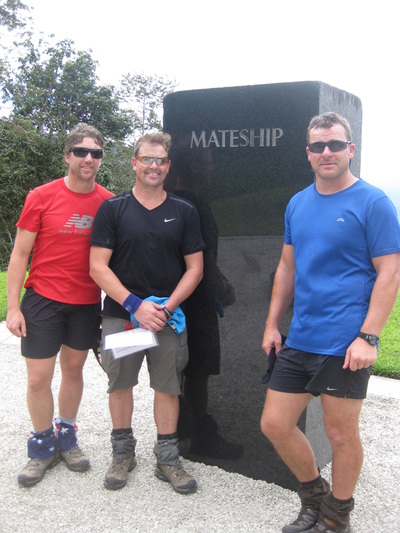 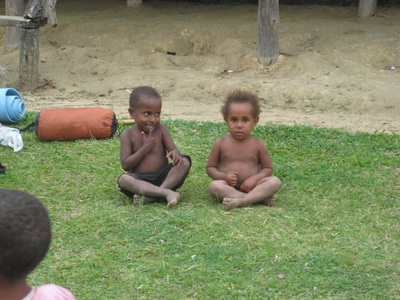 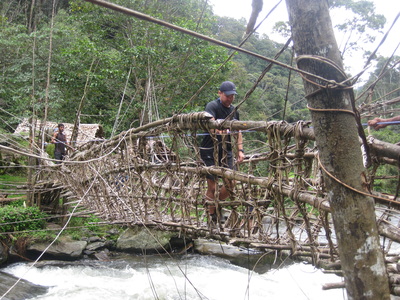 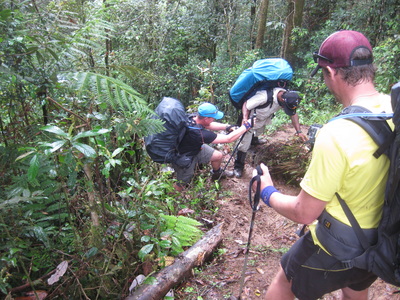 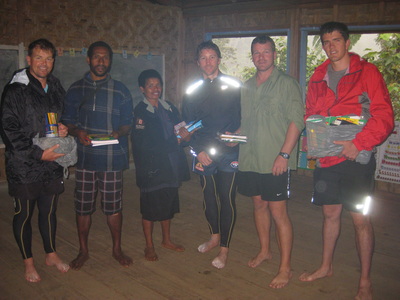 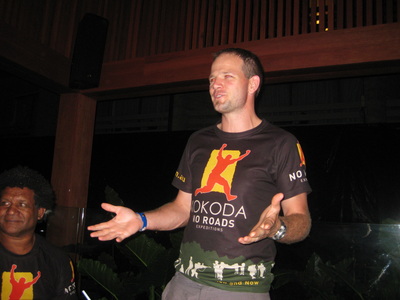 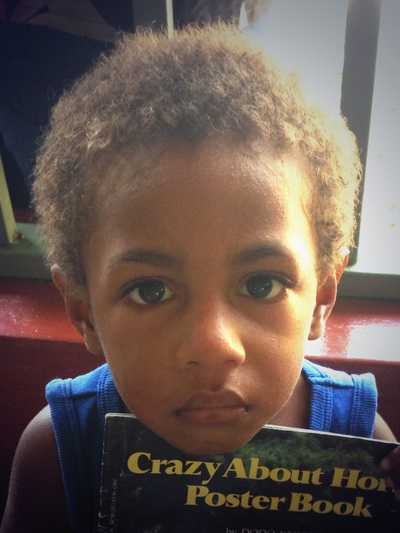 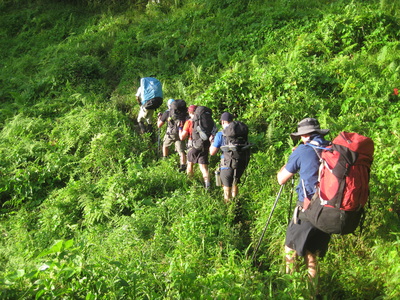