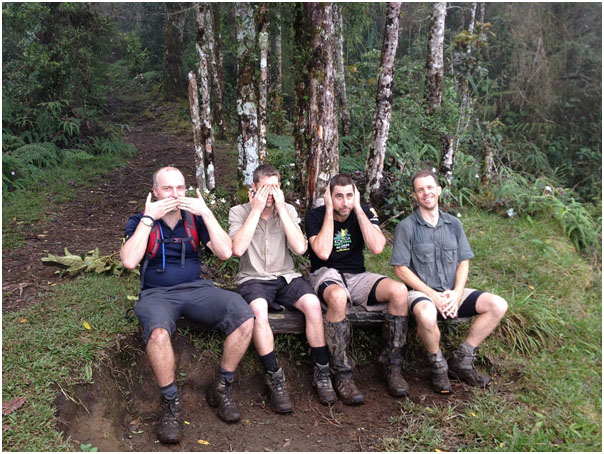 On the 3rd of September I was sipping coffee in the cafeteria of the Port Moresby International Airport. It was time for saying goodbyes to members of the 70th Anniversary of Isurava trek (see previous trek report), as I bid farewells to all and see you soon back in Australia comments were flowing freely I felt a twinge of loneliness as they headed home from their trek with stories to tell and a sense of accomplishment. For me however it was time to take a breath and reload for the next trek. I was back on the track within 48 hours and for this my seventh trek it would be one to remember.

The 70th Anniversary trek that coincided with the Battle of Brigade Hill had already been an exciting ride. The anticipation of the groups arrival did not commence as the previous trek group departed, it had been there for months. The pro activity and the sense of adventure in this group of trekkers was something to behold. From the moment initial introductory emails went out and offers of Facebook friendship was received the group started to bond.

The group was a group of many and varied friends and individuals, some were extroverted some were a little bit quieter, they all had a can do attitude and all were ready from the word go to always make the journey with best foot forward and a smile on the dial!

In prior correspondence with the group they had chosen to name our group “K7”. This was due to it being my 7th Kokoda and therefore with some military tragics in the group we become K7; however, individuals may have almost been K7Golf Mike or other variations (hey Gill?).

It was only a couple of hours after saying goodbye to the previous trek that the first members of K7 arrived. It wasn’t long before we were becoming acquainted and a trip to the Moresby Military museum was undertaken. All fifteen trekkers were soon in location and it was soon time for briefings and a pre trek dinner. On this occasion the dinner was held at the Port Moresby International Yacht Club. It was an auspicious occasion and I think it put us in great stead for the journey to come.

In my time in the Military I have often heard the saying: "It’s easy to be a good leader …when you are leading great people”

This rang true for K7, in actual fact I have delayed writing this report for some time as I have felt overwhelmed with the task of giving the people, the occasion, and the aftermath of K7 justice.

How does one capture such an event in words with such a short script to play with? The answer to this dilemma was given to me just yesterday on Facebook (yes K7 are still at it).  The answer was a quote from a K7 member: “What happens on the track – stays on the track!” Now I say that quote in an appropriate fashion, not in any form of ill humour or wit.

My words here will never ensure the story of K7 is completely told. Why you may ask?.... because adventure, bonding, teamwork, endurance and laughter with a group that clicked to the extent that K7 did is in some ways is to comprehensive for words and may be best kept in our memories. I guess the lure to gain an understanding of this and the desire to be part of such a trek is there for you as a reader and possibly a future trekker to come with me and give it a go!

What I will do is recount in short, the people, the significant events of the trek, and some funny moments and events that K7 are rumoured to have got up too:

Norm - Norman Beer – guide on back to back – bringing along some bruised ribs from K6 lots of panadol and a fetish for mud and big hills.

The Whitmore Sisters: Two brothers whom are best of mates and genuine gents – one an Australian Army Major (Rtd), and one the best film editor within many miles of the Black Cat Track.

Renee and David --- Two more nurses however; this time, just for kicks we have the psychological variety, a must when your part of K7!

Cameron and Kirsty – husband and wife and Hawthorn crazies --- a sure fire way to get in the good books with their guide – talk footy – Kirsty made the Jap spotter plane location with ease! See it’s not so difficult hey!

Wayne and Kaye – Wayne turns up to PNG with a wasp bite that made his hand look like the incredible hulk, yep time does heal things. Kaye yes I did lie…..  There is no cruise terminal at Menari! – hope you find one soon. Great effort guys!

Damon, Donne, Michael and Michael….   What can one say: great mates prior, now all of K7 are all very proud to have you as our new mates? Mateship, it’s what it is all about, and you guys oozed it! Was it: see no evil – hear no evil - say no evil – do no evil?

Kane – Did you even bring a pack? Bear Grylls eat your heart out! Three days on the track with nothing but borrowed clothing and a few odds n ends! You would think someone set you up! If anyone could accept having an airline misplace your luggage well – you my friend did a ripper job. You also made a great Santa carrying that 20kg of kids toys across to Kagi (much more important load than clothes hey buddy).

Last but not least: Alex

Alex where’s Alex? Alex was set up from the start having only three weeks’ notice after being a late impulse sign up to the crew. Then on arrival in Kokoda Alex had a ID crisis after being part of some K7 humour when she was identified a brilliant personal porter whose  name was also Alex!  Alex (trekker version) is rumoured to have a severe case of post trek illness, the illness is apparently worse than malaria; it makes the mind wonder to places like Menari, Kagi, and Isurava. The only cure being a dose of jungle in “moist” smelly clothing. Black Cat here we come!

Now there is more to K7 than people Events of significance were as follows:

K7 was the 70th Anniversary Trek to coincide with the Battle of Brigade Hill. Fun and laughter put aside. This was the reason for being on the track. We as a group stopped at all standard stations, (Kokoda, Deniki, Jap spotter plane, Isurava (for history lessons and a service), Eora Creek, Templeton’s, Myola, Naduri, and onwards to Kagi.

We arrived at Kagi on the 7th of September 2012, 70 years to the day that the Japanese launched attacks on the 2/27th Battalion on Mission Ridge from a “form up point” just below the Kagi Village.

The next day (the 8th of September) we trekked to Brigade Hill. In the afternoon as we prepared for a service at the knoll it begun to rain, with history lessons and photography completed we were made aware that a trekker of substance had carried a “Ballarat Bitter” all the way from home with the intent to toast the AIF at Brigade Hill.

A toast was made, a beer was shared. It was almost on the hour 70 years on from those assaults lead by Nye and Langridge that took so many lives on Brigade Hill. We stood at that solemn place in an absolute down pour of rain, steadfast and resolute, a group of patriotic Australians. We paid our respects in the form of a Memorial Service at a small concrete memorial at Brigade Hill on the Kokoda Track.

Now I am thinking that for significance in events that rates pretty highly; so I will now mention a few laughs and good times:


K7 was my fourth trek for 2012 and as the name suggests my seventh overall. I don’t think fate put a group of random strangers together and made it what it was. I think the proactivity in communication that went both ways from guide to trekkers and back again was the catalyst that ensured a bond was formed and then hardened with the trials and tribulations of the track. So for those who think it’s all about mud, hills, jungle and endurance think again. Life is what you make it.

K7 has been described recently on Facebook as: “I think more like a: Awesome, sensational, funny, amazing, well spirited bunch of nut cases!!! - That are now like family!” I guess that says it all!

Post Kokoda illness has inflicted K7 heavily, rumours are there’s treatment on the way be it a Cruise, be it a wine or latte, or for some it may just be the Black Cat Trail in the near future!

Courage Endurance Mateship and Sacrifice – Strangers who become friends, K7 you didn’t conquer the track; you ensured those whose footsteps you followed, whom fought for us all, have cause to be proud of you and your spirit! 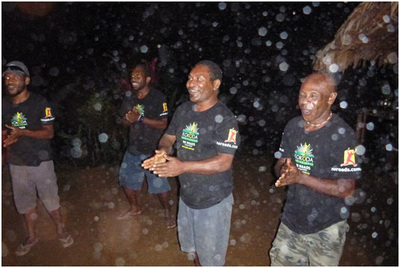 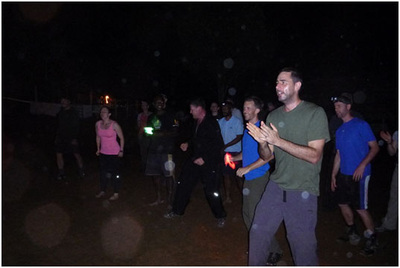 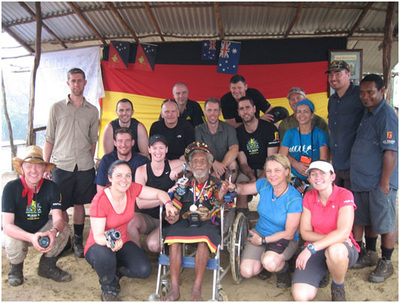 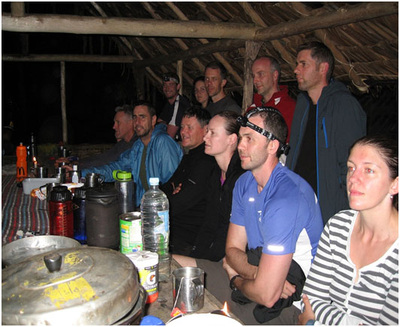 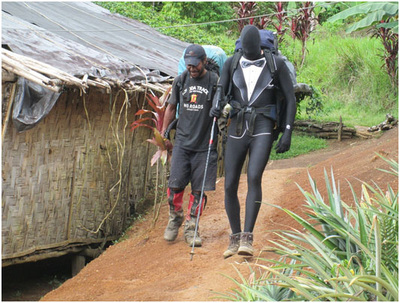 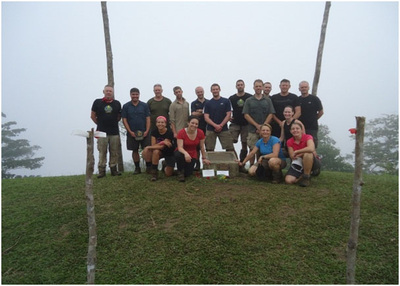 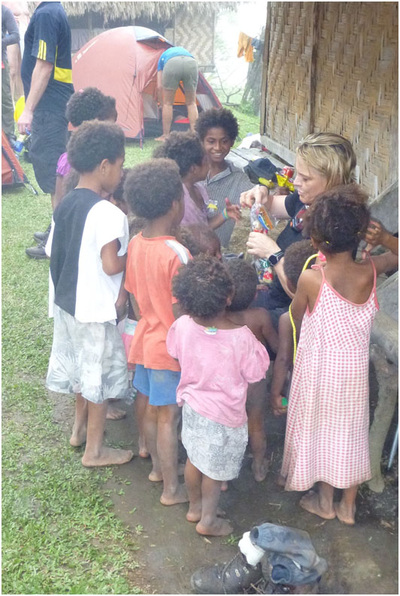 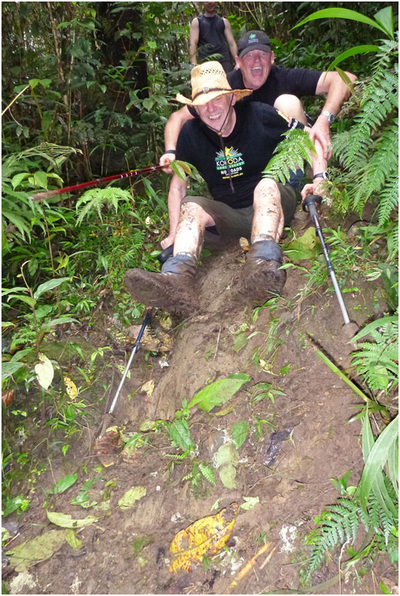 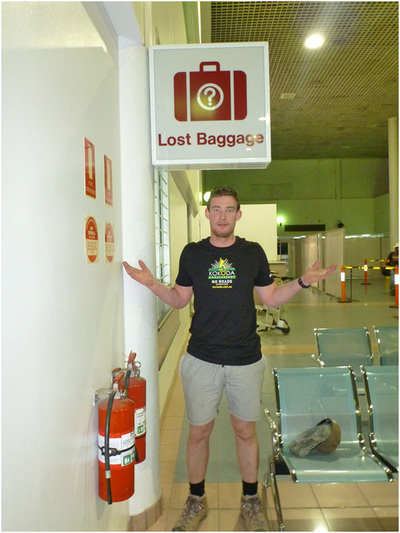 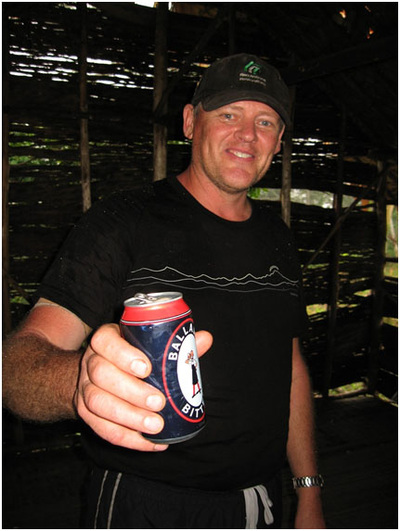