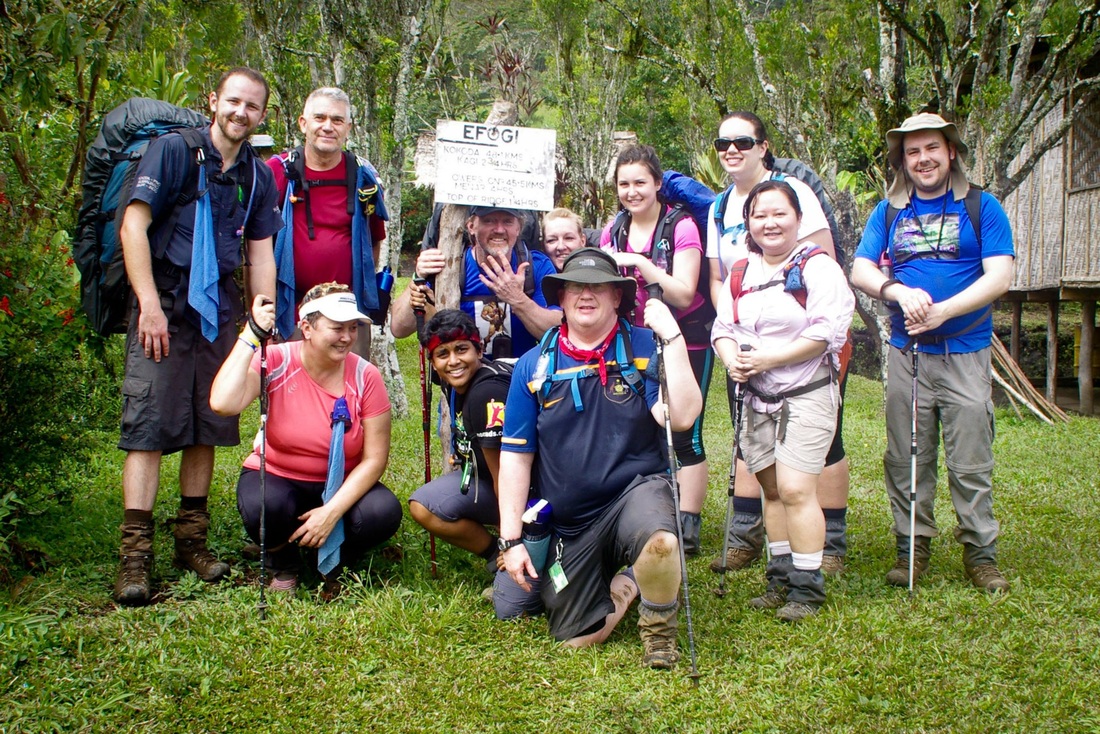 After a two year break from the track and my first trek back not scheduled till 26th August I was honoured to receive a call from Pete asking me to stand in on a trip of Josh Redfern' with some four days notice. Working those four days on the lead up as well as knowing what big shoes I had  to fill it was testing to get all my ducks in a row but all went off without a hitch.

Fiona worked tirelessly and had everything emailed to me as soon as it came to hand so I could print it off; admin pre trek was exceptional and without a hitch. Fiona had also kindly arranged with Terrance to do the shopping for me and I was able to fly into POM an hour prior to my trekkers and we could return to the Holiday Inn with only one trekker to come at 6pm.

Rooms in the Holiday Inn were booked prior and it was barely half an hour before I had my trekkers in their rooms and had already checked on their progress again to ensure their comfort. My seventh and only female trekker Jess was to be later picked up by me at the airport so I pre arranged the briefing at a convenient time for all of 8pm. This was conducted in a timely manner and everyone was at ease with their preparedness and understanding of the next eight days.

Flight from POM to POP was on time and we disembarked the airport to the Chiropractic Express by 830am. There were no problems with luggage as we travelled on the same aircraft as it.

Our group travelled with exceptional pace and everyone showed great signs of fitness and preparedness. Three of the guys were fire fighters and one John Herbert had returned from his trip three years earlier with his son Brian to do it again with NRE; but from the other end. He'd been on the track just three days after the accident and consequently we flew in to POP three years to the date of that day itself.

Although sternly warned by myself and our lead guide Nelson towards complacency; it was just day two when one of my trekkers took a slide some five meters down the side of the hill cutting both of his shins quite badly. I dressed his wounds and his ego and we pushed the next hour to lunch at Isurava memorial where I could then clarify the importance of focus and looking out for one another along the way.

We were to make exceptional time and travel as a unit the whole trek; taking time to stop at points of significance; regular breaks; water stops and generous lunching. Jerry was to make himself clear on a daily basis that his preferred mode of transit was with a small five minute gap behind the group but that was the extent. We could be one minute out of camp and he'd be five minutes behind but all of my trekkers took turns at trying to bridge that gap to no avail. He was later to let us know that his previous travels; although extensive had been by himself.

Times in to camp were 2pm on average with a departure in the morning of 6:15 - 6:30.  Our itinerary was standard till day six. We visited the Jap gun and the old man at Naduri for photos.
We had the scary welcome at Kagi and then the sing sing down at the No Roads camp site with the Krapper to boot! Halfway is always the turning point as we all know but the trekkers and porters all vocalized their joy of being home.

Rain was heavy on the first three days and constant too... day four it eased up and the next four days were overcast and delightful. Incessant heat was not to be a feature this trip and it was welcome with open arms by all.

Having spoken previously with Fi about my next trip posing the threat of being seven days; and also Jack talking of the Ofi Creek and Good Water camp sites a preference for an early exit I made the decision on day six to bypass New Nauro and arrived after our longest day at Ofi creek just on 5pm.

This is where our porter team would prove their improvisational skills by constructing a camp fire on the hillside and a table for eating and we ate dinner under the stars looked upon in awe by the Executive Excellence crew we camped alongside on a few occasions.

Spirits were high the whole trip and we would walk off the track at 9:20am on Saturday morning after a sleep in and the regulatory swim at Goldie River.

Post trek dinners and sing songs were undertaken alongside the Tracks oldest trekker Don Murray who'd returned to donate some time and equipment to the Naoro region.

We enjoyed a few drinks and I left the group to it for a 6:15am departure next day. 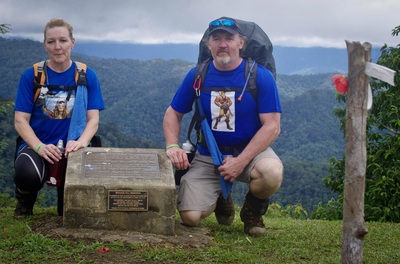 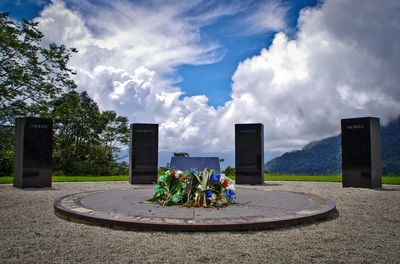 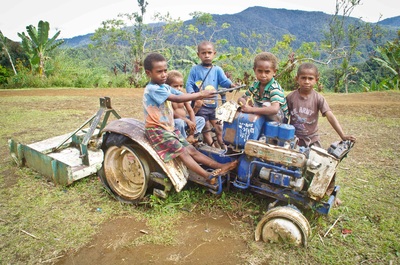 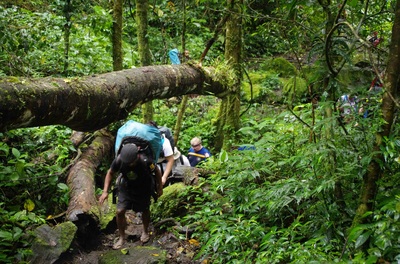 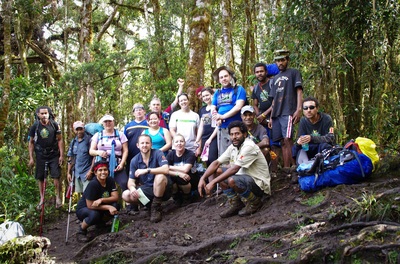 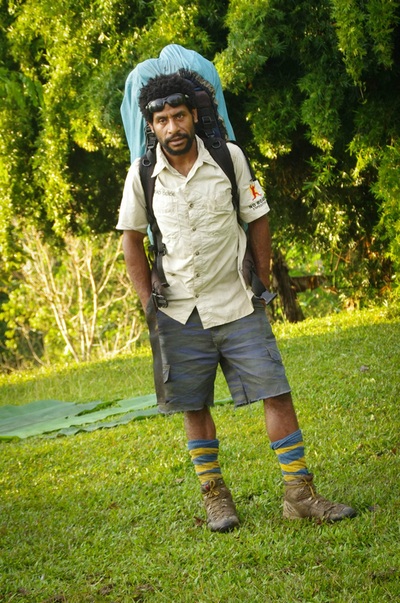 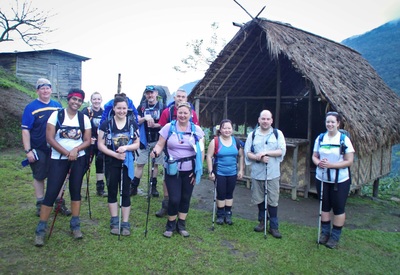 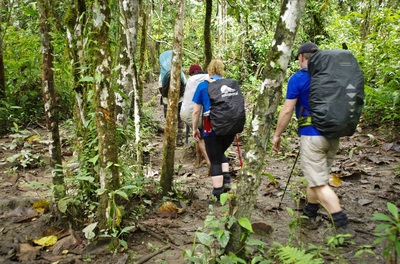 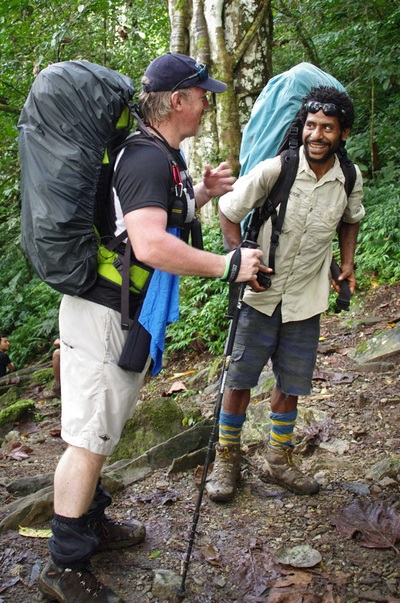 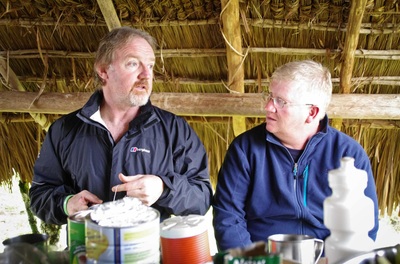 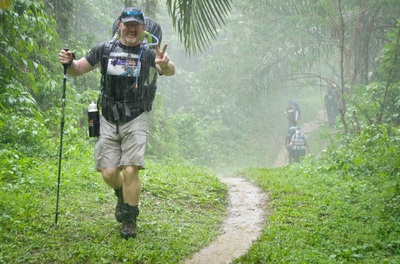 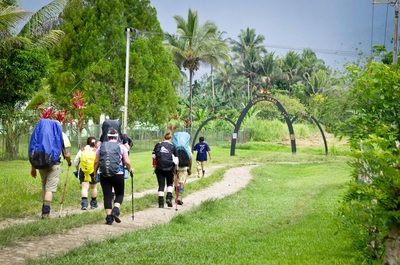 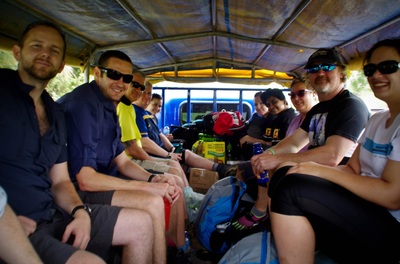 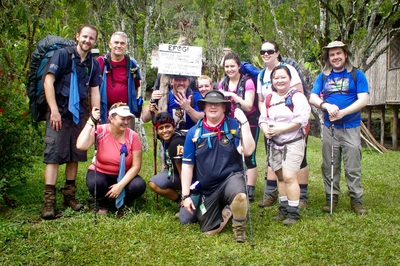 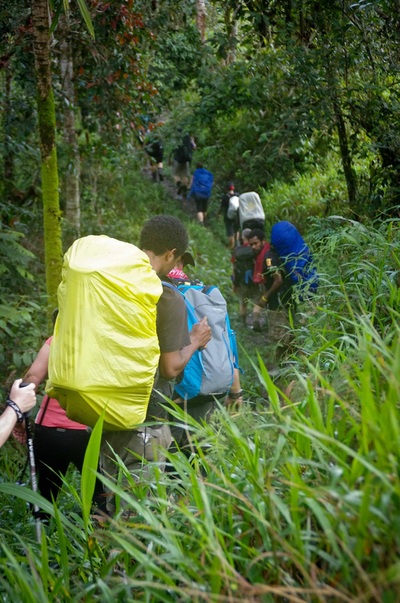 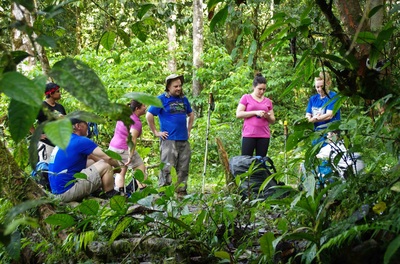 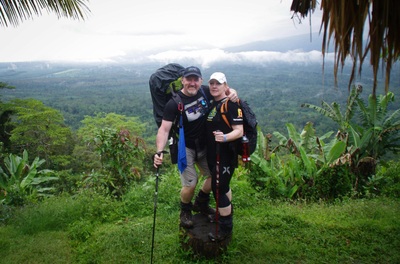 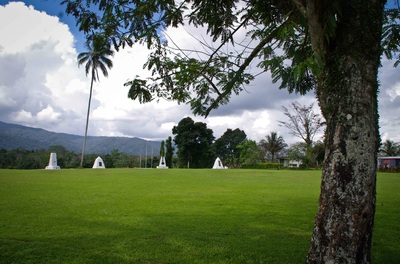 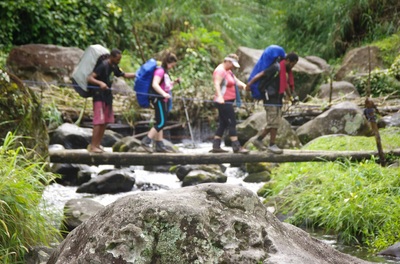