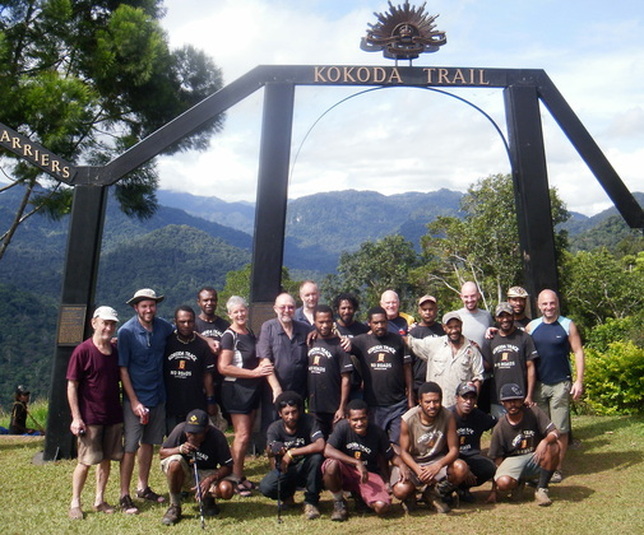 Our expedition along the Kokoda Track in the Owen Stanley Ranges began on the 3rd of July when we flew into Popondetta early in the morning, accompanied by no less than four other trekking companies. By lunchtime we arrived in Kokoda after a three hour PMV ride through valley and crossing the Kumusi River. Over the next 8 days we stayed in the camp-sites: Deniki, Alola, Dump #1, Kagi, Menari, Nauro 1, Ua-Ule Creek and then back to Port Moresby.

Our expedition team included Adrian, Ron and Edith, Frank and Barry, John and Steven and myself as the leader. Frank, Barry and myself came from Victoria whilst the rest talked rugby being from NSW. Our fabulous local team include Simon as our local guide, Carsten as our lead porter and another 13 porters who made our trek such an enjoyable journey.

Every day was great for trekking with warm weather (not too hot) and luckily overcast on the days when walking in the open would be more difficult. It rained on two occasions in the evening but we had already arrived at camp so it didn't concern us. The track was pretty muddy on the southern sides of the Ioribaiwa and Imita ranges with nothing too tricky elsewhere.

As usual our food was received very well with Frank helping prepare every meal. The porters were amazing again suddenly appearing just in the nick of time to assist someone down, up, or over a tricky bit of track. Their wonderful nature was refreshing and their smiles infectious. The team was lucky enough to meet Ovuru Ndiki at the Naduri village and listen to his stories and say thanks for his service during the war.

One of the many highlights included the reception as we arrived into the No Roads home village of Kagi, and the lovely children and mums who came down and sang with us after dinner. The children of the kinder loved our efforts at singing and Mana the Kinder teacher has even requested the words for some of the songs to be sent over.

At Kagi the rugby grand final between NSW and QLD was the talk of the village with the nearby village of Naduri doubling in numbers that night when the locals setup a TV and generator on the airstrip to watch the game. John our most passionate rugby fan and NSW supporter woke up to find that QLD had won the game and spent the rest of the day being ribbed by the porters.

As the expedition leader one of my many roles is to talk about the battles that unfolded as we move through the locations. I always find it difficult to talk about the personal accounts finding them so moving, especially being in the very location where many people died. The history of the battles is not always the motivator to walk the Track but for most trekkers the stories are moving and very interesting.

Another aspect of the Track that No Roads has introduced as an after dinner discussion by our local guide is local knowledge about life on the track, the plants and animals, cultural differences, local medicines and other interesting information. This was received very well with some long discussions on various topics with Simon.

So for another year the expedition is over, but the memories of a great group will remain. If you are thinking of doing this expedition do it, you won't regret your decision. 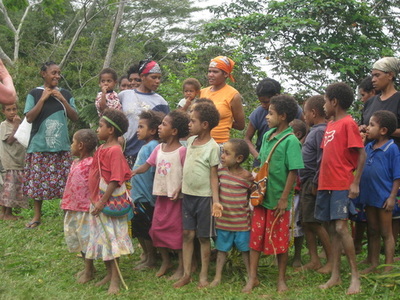 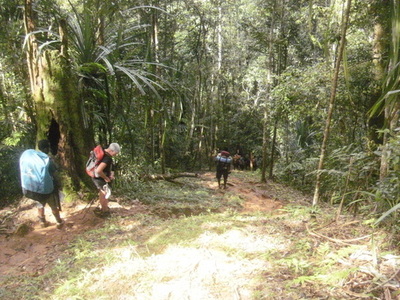